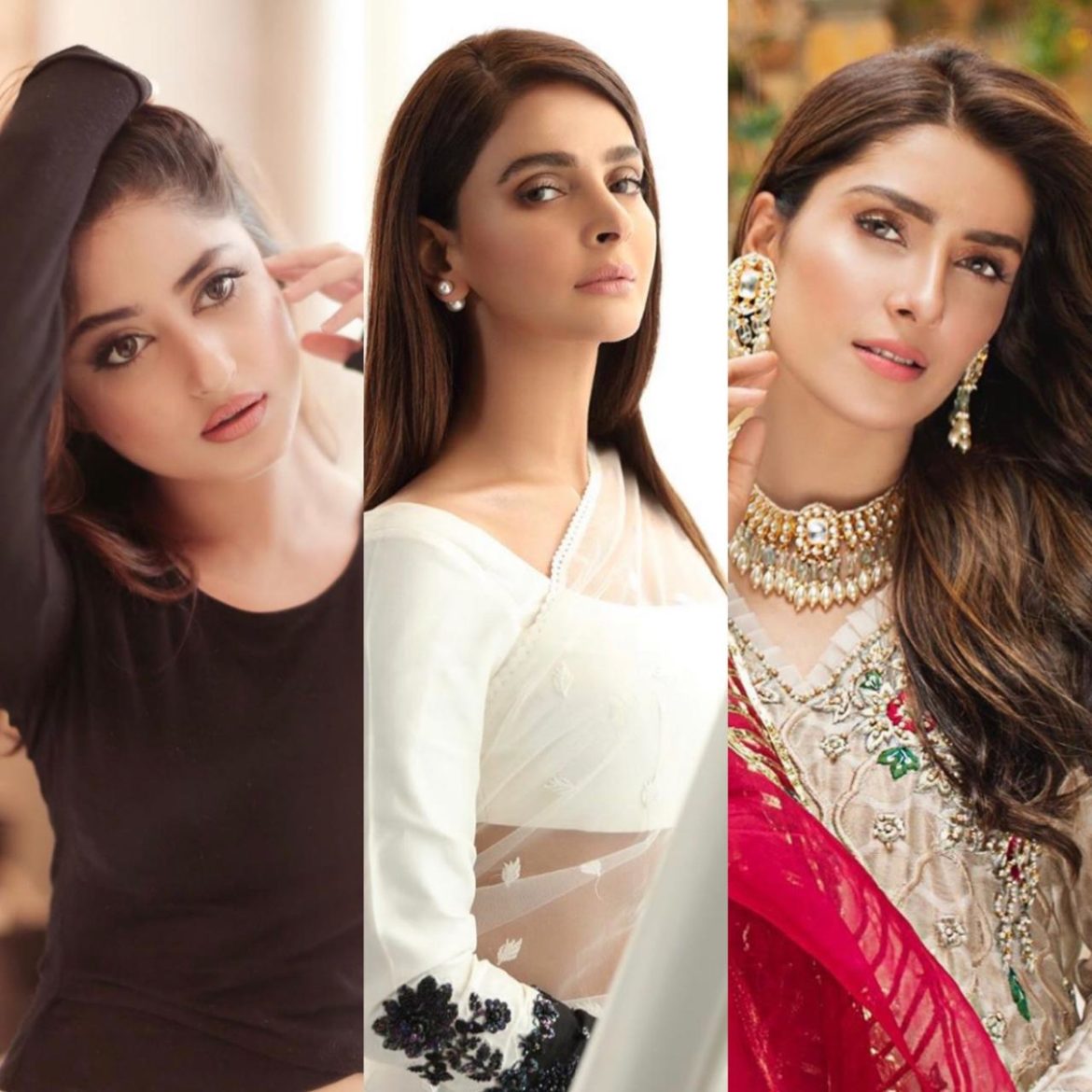 The actresses in Pakistan who work in drama serials are paid more than the film actors and actresses in our industry!  When talking about the highest paid actresses of Pakistan in drama serials in the year 2020, we all think of the usual names like Saba Qamar, Sajjal Aly, Sanam Baloch, but do you know their net worth and how much each charges for one episode?
You’ll be shocked to see the numbers!

And it’s not only performing on the small-screen that earns them their total net-worth, it’s the countless brand endorsements, modeling shoots for different brands and advertisements that contribute to it.

Here we have compiled a list of 7 highest paid Pakistani actresses of 2020 and their charges. Take a look!

Ayeza Khan made a comback in dramas with Yaariyaan and Koi Chan Rakh. The actress also known for her famous roles in Merayy Pass tum Ho and Thora Sa  Haq, her role in the iconic drama ‘Pyaray Afzal’ is memorable.

This beauty who is married to the actor Danish Taimoor with whom she is sharing the screen in Mehar Posh, currently. She is a mother of two adorable children and charges Rs 650,000 per episode. The actress has no plans of working in movies.

The super-talented Saba Qamar, despite her amazing acting skills, has only done one film yet but has proved her mettle in dramas like Baaghi, Digest Writer, Maat, Cheekh, and so many more. The actress charges about Rs 800,000 per episode.

Saba is all set to appear in Sarmad Khoosat’s film Kamli, next and we are super-excited. Her incredible acting talent is can be matched by very few in the industry!

The Khaas actress has given us some iconic dramas that are unforgettable. From Doraha to Kankar, to her last serial ‘Teri Raza’ in 2017 every role delivered by Sanam Baloch is impeccable and so relatable.

Even though she has been a part of morning shows, the actress made a massive comeback with Khaas, and charges around Rs 680,000 per episode. Despite her uber-talent and success, the actress has no plans of venturing into films.

We are not even suprised!  Sajal Aly has known to give her all when working in serials and delivers every dialogue and scene like she is living the character’s life in reality. In just 2018, she won five Lux Style Awards in one night!

Her famous drama list is very long, but some of her recents have been no less than fantastic! Yeh Dil Mera and Alif were Sajjal’s last two dramas before she got married to Ahad Raza Mir, and the depth and diversity that the actress showed in her peformances is commendable. She charges Rs 650,000 per episode and rightfully so!

She made her Bollywood debut in Mom (2018) and her film debut in Pakistan with Zindagi Kitni Haseen Hai in 2017.

The actress is more focused on doing films now and has given us some great ones too! But her famous dramas like Dillagi, will always have its own place.  She is always open to dramas, as long as the script is appealing enough. She charges $5000 for one episode.

From Bol, Humsafar and Shehr-e-Zaat, to Raees in India and Verna, Ho Mann Jahan, and Superstar in Pakistan, Mahira Khan has become a household name and is well deserving of charging $5200 per episode. The nation loves and adores her and incredible acting talent!

Even though the actress has left the industry now, she was charging $1500 per episode. With iconic roles in dramas like Vasl, Parsa, Khuda Mera bhi hai, Aisha Khan has proved her mettle and left a mark in the industry.

Which one of these actresses is your favourite? Let us know in the comments below.

Stay tuned for all the latest news and updates!