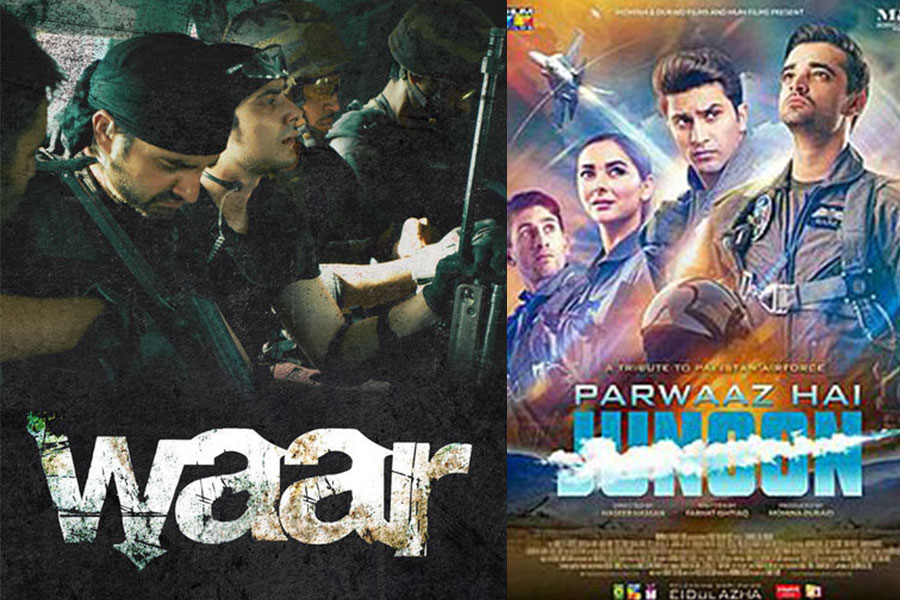 Pakistan’s Independence Day is approaching on the weekend this time around. There is no other better way to spend this independence day by waking up early to watch the parade on Tv, followed by watching remarkable patriotic movies produced by some talented Pakistanis.

We have listed down below 5 movies that will provoke true feelings for our country and, of course, help you enjoy the weekend with family and friends.

In the spirit of Independence, HUM TV brings to you a special telefilm, ‘Mera Pehla Pyar’.  The cast of the show includes Shahroz Sabzwari, Javed Sheikh, and Hina Altaf. The show will air on the 14th of August on Hum Tv at 8 pm.

Waar is an action-thriller written by Hassan Rana and directed by Bilal Lashari is a crowd favourite that came out in 2013. A true patriotic would enjoy this even today.  This movie set the bar high for future films in Pakistan after its release. The movie cast includes well-known celebrities like Shaan Shahid, Shamoon Abbasi, Meesha Shafi, Hamza Ali Abbasi, and Ali Azmat in lead roles.

Sherdil is a Pakistan action film produced by  Azfar Jafri in 2019. The film cast includes Mikaal Zulfiqar, Hassan Niazi, Armeena Rana Khan and Sabeeka Imam in lead roles. The movie is set against the backdrop of the Pakistan Air Force (PAF) that is intended to encourage you with a sense of pride and patriotism. The movie will serve as an epic visual treat with intense action scenes.

Another patriotic movie written by Hassan Rana, also directed by him. Yalghaar is a 2017 war-epic film that was inspired by the successful military operation in Swat valley. It also serves as a tribute to the Peshawar school attack in 2014.  The movie dives deep into the efforts of the Special Services Group (SSG) militants and their personal lives.  In the lead role is Shaan Shahid alongside Humayun Saeed, Adnan Siddiqui, Armeena Khan, Aleeze Nasser, Ayesha Omer, Sana Bucha and Bilal Ashraf.

Fun fact: This film is the fifth highest-grossing in the country.

This Pakistani girl Maria Soomro Dared to Take a Risky Hitch Hiking Tour Across Pakistan & We Are So Proud! Read the full story here:

Maria Soomro has travelled solo around the country since the pandemic began. This 30-year-old from Karachi travelled the country and is interesting to see that in the current scenario of women feeling unsafe all over Pakistan, she managed to hitchhike across Pakistan alone

This Pakistani girl Maria Soomro Dared to Take a Risky Hitch Hiking Tour Across Pakistan & We Are So Proud!