Why You Should Support the Black Lives Matter Movement 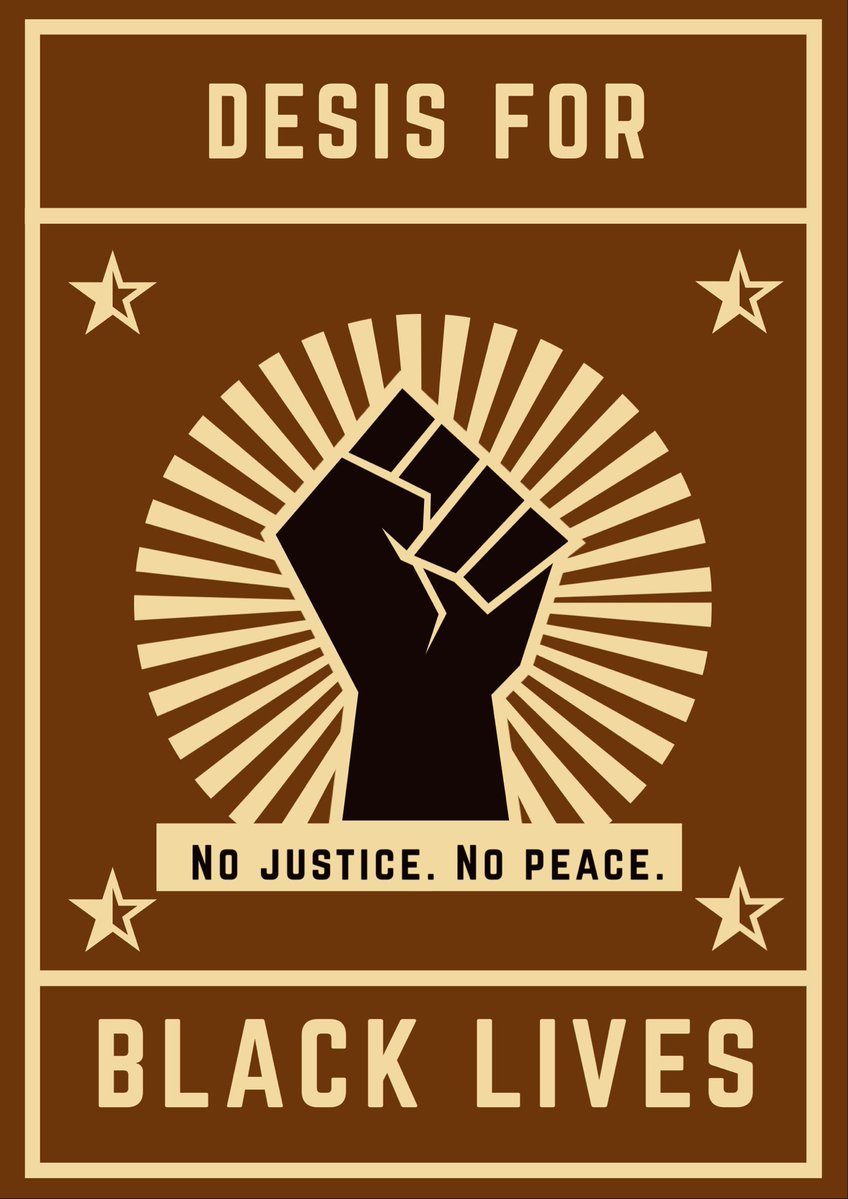 Our unconscious comparison of today’s world to that of the past has perhaps prohibited us from recognising a fundamental truth – the fact that acts of racial injustice and discrimination are ever present and go unnoticed. The most recent and unfortunate murder of George Floyd, a 46 year old African – American man, in police custody, serves as an abysmal reminder that we are far from where we need to be. There is still a lot left to be done.

I have deliberately chosen to write this informally and simplistically. My intention is not to glorify my words and thoughts, but for them to serve as a reminder of how the most basic things tend to be overlooked.

How deep rooted the idea that ‘white is better’ really is

I’ve been thinking a lot about why this issue still exists, why people still act this way. It goes without saying that we shouldn’t discriminate on the basis of skin colour, especially in this day and age. I’ve been thinking about how deep rooted the concept of  ‘white is better’ really is, on unimaginable levels, even within our own community. I know that my skin is not the darkest and I haven’t had to face the unfathomable atrocities that black people have endured, including police brutality resulting in the most recent murder. It lead me to ponder over whether I have experienced any instance where I’ve felt disadvantaged by my skin colour.

And I have. I am embarrassed to admit that when I was younger I would want to stay inside all day, to not sit in the sun, just to be even half a shade fairer than I am. It’s the fair and lovely ads that I was bombarded with growing up, it’s being told by people that I look prettier now that I’m back from the UK and my skin is lighter. It’s those jokes that we ourselves and others make or have made, such as calling a BROWN person the ‘N’ word , because our complexion is darker than our fellow classmates ( I think some people have therefore incorrectly identified with something that isn’t tied to their cultural identity, and do not recognise the error of their blatant disregard when uttering this word). It’s having store employees actively not want to engage with me because I’m brown. It’s being told by someone that I am the “unlucky twin” because I didn’t get the white skin.

This is why, when I was much younger, I would occasionally go into the bathroom and cover my face in powder to see what I’d look like if I was, in fact, white. It’s why I would regularly put lemon juice on my face to naturally bleach my skin. It’s why some women bleach their face and bodies at salons. It’s feeling happy overseas when people can’t figure out where I’m from. It’s being scared of sounding the way I do or assuming that people will think less of me because of it. The fact that my personal issues are comparatively so small and have STILL made me feel negatively about my skin, I do not think any of us can truly process or even begin to understand what the black community have had to experience, and still have to experience. It is appalling. It is disturbing. It shouldn’t even have to be said that it IS NOT RIGHT.

Every colour every shade is beautiful, and should be recognised as so

I’m not discussing any of these personal examples to make anyone feel badly for me. I’m not saying all this because I actively still feel this way – I don’t. I am so grateful to my mother for getting angry with me whenever I felt upset about being darker than her. She has always taught me to love myself and my skin. I have now learnt to love my skin colour, but I didn’t always. I know that not everyone does, especially here in the Sub-continent. As a woman of colour, I want everyone to remember that black is beautiful, brown is beautiful, every colour, every shade is beautiful, and should be recognised as so. It’s not enough to show others you aren’t racist, or even to show/ remind yourself. Change your mindset now, and figure out WHY it wasn’t right before, who or what made it that way.

As  “burgers”, westernised people of colour, we have, at some point or another wanted to be and behave as “white” as we could. I know that the racism we are addressing right now is one that a black man had to face. But I wanted to relate that to our own culture, maybe to help enlighten us ‘desi’ people in a different way. I want to enlighten us from a perspective that maybe hits closer to home and could possibly help some understand the importance of speaking up right now. Not just from the Western influencers or pages that we follow. We need to address how deep that racism has spread. I know this has rambled on and turned into a rant and you might think that I’ve made the issue about brown people when it shouldn’t be.  But this issue is about all people, all cultures. Not just in the “all lives matter” way.

Racism still exists everywhere, in different forms. Different prejudices go unacknowledged, and I think it’s important to address even the small ones. Be proud of your brown skin, and be grateful for it. As people of colour we ESPECIALLY need to stick up for other people of colour.

This movement should matter to brown people

The purpose of my rant was not to say that brown lives matter too, but why this movement should matter to brown people.

We as South Asians need to recognise the problematic mindsets we have. People of colour need to stick up for each other – we can’t only care about racism when it’s about us. #blacklivesmatter #georgefloyd Taken from: @southasiansmh

I am aware that even the issues I have addressed are teeming with privilege that I acknowledge I have been blessed with. I know that I’ve mostly just addressed a single aspect of racism today. But this single aspect is what triggered my realisation of all the other ways in which it still exists, especially in our own culture. We discriminate within our own community against each other, about what language we can or cannot speak, how we speak it, what we believe in, in which way we choose to believe and so so much more. I wish I could address the discrimination and persecution that our own community faces, especially from within. That, unfortunately, is impossible for me to do in just one piece of writing. However, one single thought is what spiralled into a million, about millions of instances of discrimination and suffering that millions of people have faced for many different reasons. So I encourage you to allow my one single thought to trigger your millions, and inspire you to make a difference for whatever you believe in. If anything, I hope you realise that even the smallest difference is crucial for change.

Go get tanned because “Dark skin is not a crime”

If you have ever felt oppression in any way, for your race, for your religion, for your gender, then you KNOW that it is never ok for anyone to have to feel this way. As people of colour, people who have faced a different, yet valid, form of white oppression, we NEED to stand for other people of colour. Yes we also face discrimination, but I think that’s ALL THE MORE REASON to take a stand and support this movement. Because I doubt any of us are okay with even the most microscopic way in which we have felt disadvantaged. Just try to imagine MURDER. Imagine someone killing you. Imagine someone you love being killed in front of you, all because of your skin or your religion or for who you are or what you believe in ????!!!! I do not think we can honestly begin to fathom that experience. Recognise your privilege and use it, and if you feel that you also face similar issues, then you should without a doubt be the first to support this one. Because we, although not on the same level, but at least on some level, can recognise that there is injustice. Go get tanned because “Dark skin is not a crime”.

Support members of your own country and support the Black lives matter movement.