“We are a Nation Totally Obsessed with Marriage & One’s Ability to Procreate,” says Yasra Rizvi 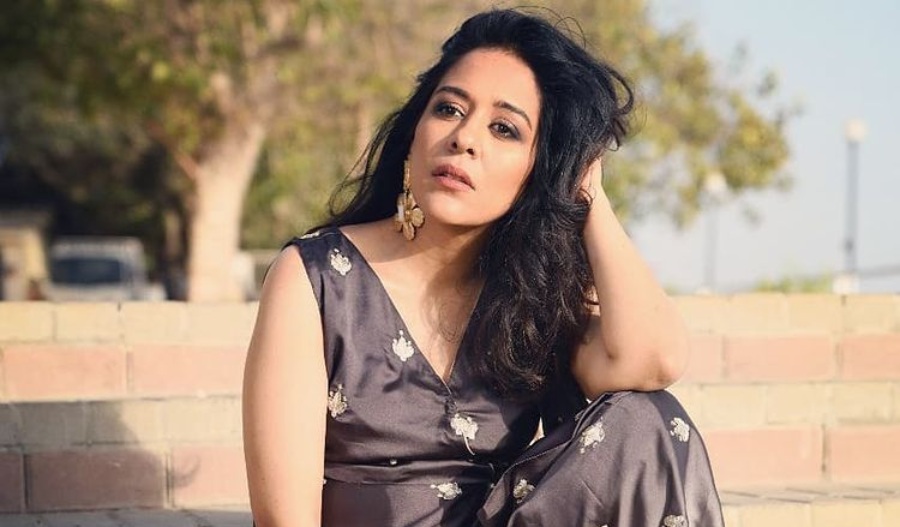 Pakistani actress Yasra Rizvi, known for her character in Churails, has called out media for putting up headlines announcing the news of her pregnancy. A few days ago, the actress posted a few pictures of her with a full belly and a script in hand. We drew from the picture that the star has a full belly while also working profusely on an important script.

For her next project, Rizvi has teamed up as a director with ace playwright Bee Gul, probably titled Working Women.

The news headlines heavily indicate that as a nation, we are obsessed with a woman’s ability to procreate while she has many other roles to play other than being someone’s daughter, wife, and mother. It is time that we must think past these roles.

The news should have maybe been along the lines of women at work while also due anytime soon, breaking stereotypes, etc. Rizvi was clearly let down. She took it to her Instagram to bash the publications. She said in a post: “In our country, the newsworthy bit is that I am pregnant, NOT the fact that I am also directing probably the most important script I have gotten to direct so far while due anytime now! #workingwomen #beegul.” 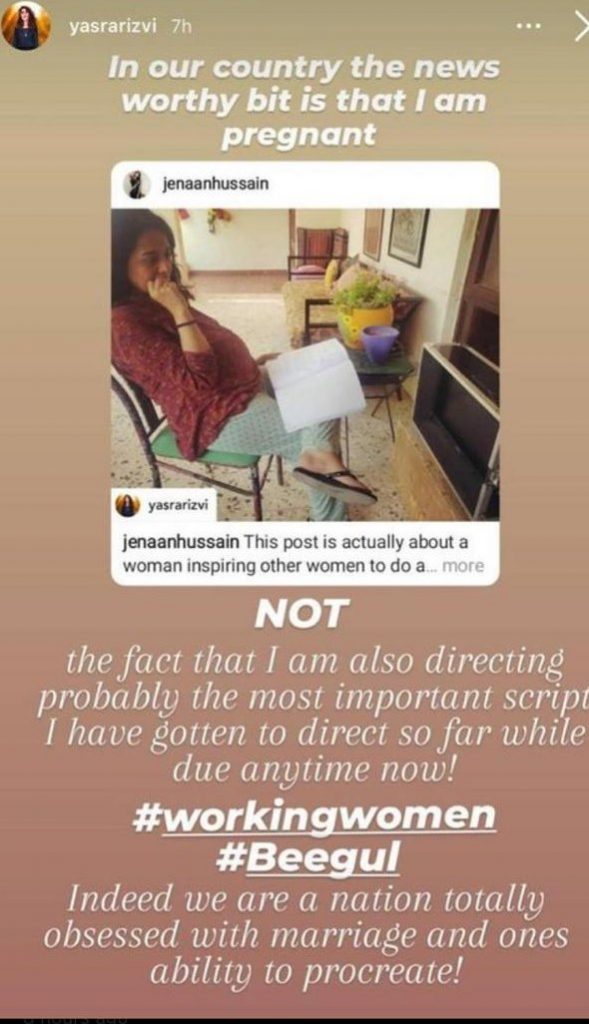 “Indeed, we are a nation totally obsessed with marriage & one’s ability to procreate.”

Women should be able to play as many roles as they prefer to. They should be provided with open ground to find the best of their abilities and identify who they are outside of the typical roles set for women.

Actress Yasra Rizvi has been part of the film industry for a while, but it was her role in Asim Abbasi’s Churail that got her critical recognition. The series took Pakistan by storm as it heavily represented women’s power and feminism. She was caught candidly speaking about the matter and was pretty vocal about the unjust that takes place in this society with women.