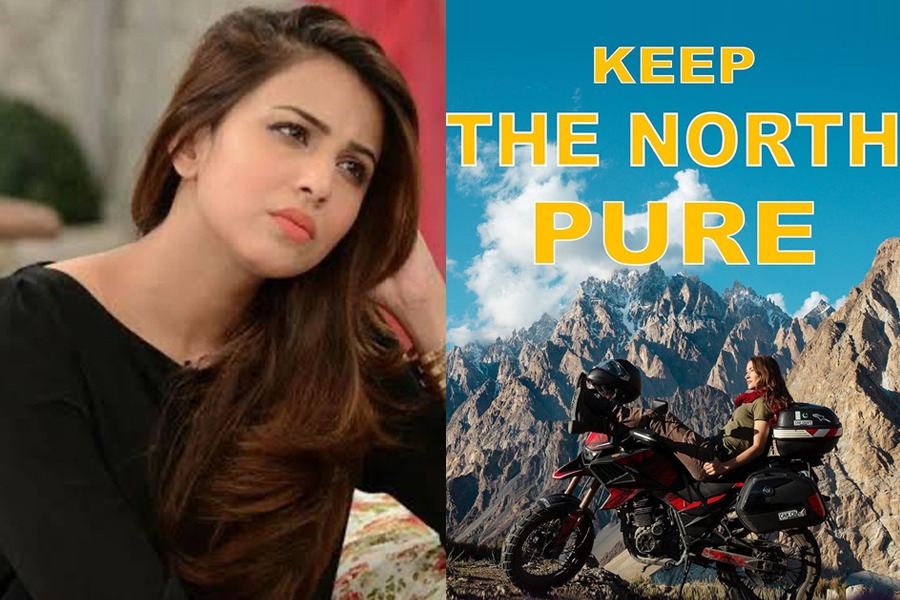 Pakistani actress, Ushna Shah took it to her Instagram on Friday to scold YouTuber Rosie Gabrielle over a judgmental and condescending Hunza post.

Midweek, Gabrielle took it to her Instagram to post a compilation of videos from a rave party that took place in Hunza and other spots that were trashed. Gabrielle claimed that these parties are destroying the landscape at large including other travellers after more local travellers are travelling up north as international travel is far riskier given the pandemic at hand.

She said in her post that bringing your toxic habits to innocent communities is not okay. By introducing these behaviours & substances ur destroying a culture. By leaving your trash, ur demolishing the land, & disrespecting the house of God.

In her Instagram story, Ushna said, “You know what we don’t appreciate? Judgement, Condescending “white-savior “ wanna-be’s. We don’t need you to ‘fix us’. Govt of Pakistan needs to stop handing out YouTube Visas”. 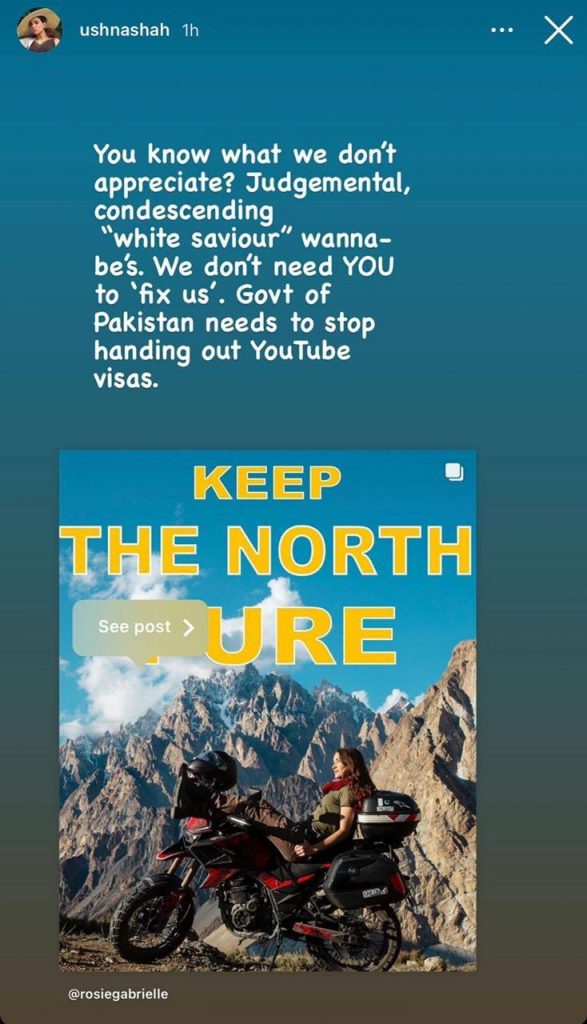 Gabrielle’s lengthy caption said: “Since covid happened & travelling outside the country has decreased, there’s been an influx of people flocking north. But instead of bringing just their smiles & leaving only good memories, they are bringing bad behaviours, drugs, vulgarity, rave parties & leaving a lot of TRASH!”

She added, “But coming to sacred land, feeling privileged & entitled to destroy it, bringing your toxic habits to innocent communities is NOT okay! By introducing these behaviours & substances ur destroying a culture. By leaving your trash, ur demolishing the land, & disrespecting the house of God. It is not your RIGHT! At this rate, without responsible tourism in the north, there’ll be nothing left.”

Don’t tell us what’s best for us!

I know Rosie Gabrielle's heart may be in the right place advocating for a cleaner North, but something about a white traveler trying to gatekeep Northern Pakistan from Pakistanis doesn't sit right with me… the white savior complex is TOO apparent with these vloggers

Rosie Gabrielle’s post about the #hunzarave is so dangerous in terms of her oppression of women. The way in which she frames vulgarity and shames a woman for dancing/ wearing a crop top is another reminder of how the patriarchy continues to dismiss the freedom of women.

my brain rn: "who is hunza rave? what's a rosie gabrielle?" & other pertinent questions about life, the universe and everything.

WHO THE FUCK IS ROSIE GABRIELLE AND WHY DOES SHE MATTER

BHENCHOD WHERE DO THESE WHITE WOMEN KEEP COMING FROM AND WHY DOES ANY RANDO JUST HAVE TO BE WHITE TO BECOME THE CENTER OF BLOGS, NEWSPAPERS AND THE WHOLE FUCKING NARRATIVE

The saddest part about the whole hunza debate is how it’s come down to “dekho aurat ney kya pehna hai sab iski ghalti hai” . Pretty disgusted by the hate and misogyny Rosie Gabrielle has managed to cultivate and direct towards a few women present at the rave.

Raves are great, you rock up, large it, clean up your mess and go home. This ‘rave’ appears to have been for the privileged few. Also side note, who made Rosie Gabrielle the voice for Pakistani people?

Are You Bold Enough to Try the Rebellious Streak? Here is All You Need to Know