TIME Magazine’s First Ever Kid of The Year is a 15 Year Old Young Scientist, Gitanjali Rao 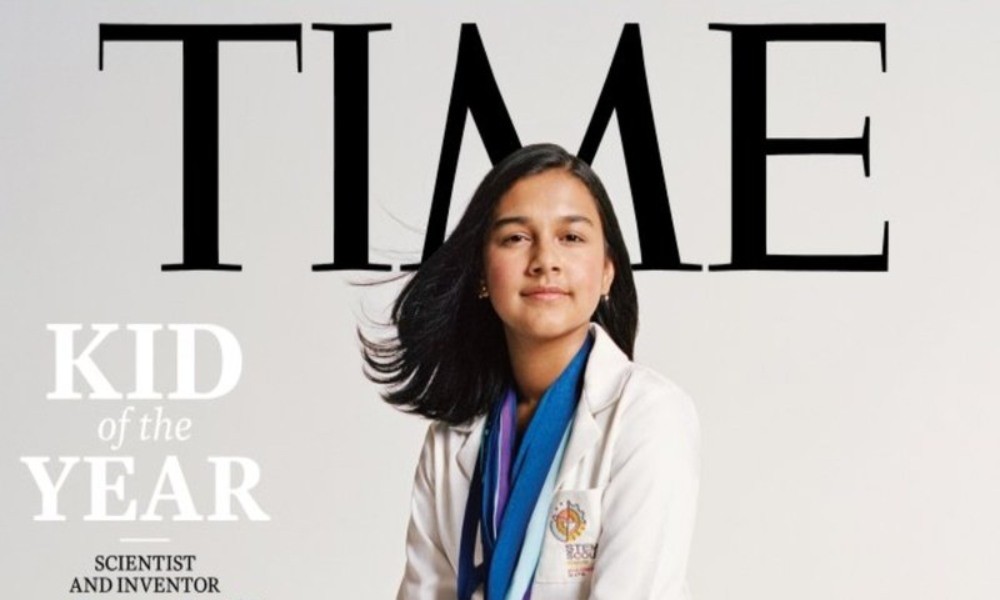 Rao lives with her family in Lone Tree, Colorado. She is attending the STEM School Highlands Ranch and wishes to study genetics and epidemiology at Massachusetts Institute of Technology in future. Her mission is to produce a global community of young innovators and encourage them to solve the world’s problems and stand out as a motivation to many.

She wrote in her Tweet, “Humbled, honoured, and excited! Special thanks to all my mentors, teachers, family, and friends who believed in me and supported me.”

Humbled, honored, and excited! Special thanks to all my mentors, teachers, family, and friends who believed in me and supported me. Congrats to all the finalists and many of them are my friends @jordanjustright from @TheSTEAM_Squad @MightyRebekah @ElijahLee07. They inspire me! https://t.co/wr8EPhauw9

“I’m a very curious person if there’s one thing you need to know about me. I love learning about the environment, the ecology, I just like learning in general, so everything in school is super fun,” she said.

At the age of 12, Rao revealed a portable device that she had developed to detect lead in the water. The drinking water crisis in Flint and Michigan encouraged her to create a way to distinguish contaminants and send acquired results to a smartphone.

Rao has produced Epione, a device that is essentially used for the diagnoses prescription opioid addiction. She also conceived an app, namely known as ‘Kindly’. This app utilises artificial intelligence to help prevent cyberbullying. It lets teens type out a sentence or a phrase and indicate if any bullying material is used. In this manner, they can edit whatever they have typed before sending it out.

She has won the EPA Presidential Award, George Stephenson Innovation Award 2020, Kumon 2019 Student Inspirational Award,  and TCS Ignite Innovation Top Health Pillar Award.  Rao has spoken at plenty of TED events and has been featured in the Forbes 30 under 30 lists. She is the author of Her A Young Innovative Guide to STEM published by Simon and Schuster in March.

We see women worldwide coming out and taking up different roles to make the world, we live in, a better place. Gitanjali Rao is just another example. Have something to add? Let us know in the comment section below.