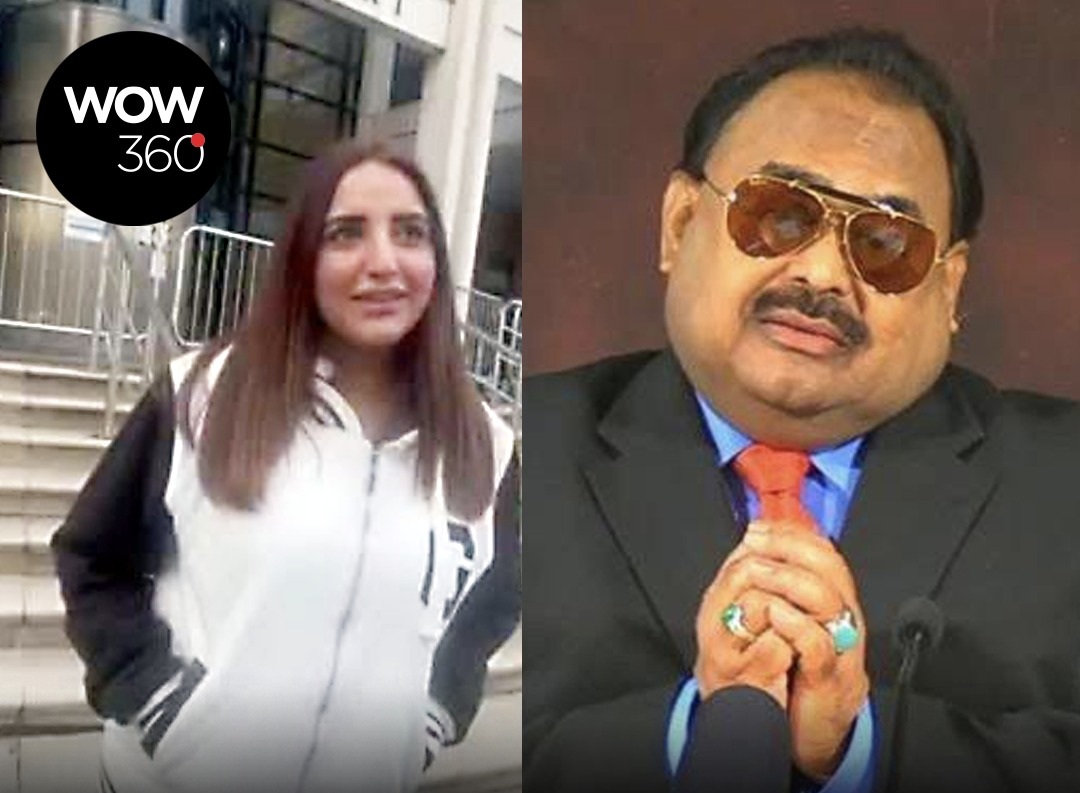 In a clip that is making rounds on social media, the TikToker went to see MQM founder Altaf Hussain when he was making his way to his car outside the Kingston-upon-Thames crown court after this hearing in the hate-speech case. Shah told a reputable news channel that she and her friend were strolling outside the court when she found out Altaf Hussain’s hearing was underway.

She, alongside her friend, went inside to witness the hearing. “I felt very good because I was allowed inside without any troubles. I appreciate the rules and regulations of the United Kingdom,” Shah added. Once it ended, she approached Altaf Hussain when he was making his way to his car, surrounded by media reporters and party’s people.

His bodyguard stopped Shah from approaching him. However, he recognized her and stopped him when someone from the crowd said, “Yay star hay aur apsay milna chah rah hain.”  Altaf gave Shah her blessings. He said, “Allah khush rukhay apko’. He added, “May God give you a prosperous future.”  Shah thanked the politician.

Shah further said she was surprised that the politician knew who she was. “I don’t know if he knows about my case with the Federal Investigation Agency (FIA), but he prayed for me, and I really felt good about it.”  Shah’s bank accounts were frozen in Pakistan after she announced in a clip that she was able to launder a huge amount of money while traveling to the United Kingdom.  Currently, an investigation is underway.

TikTok star Hareem Shah appeared in a clip on Instagram with a swollen lip, explaining to her fans that she had gone to get her lip fillers at a clinic in the UK. However, she left without completing the procedure. She left the procedure midway because she found out that The Federal Investigation Agency (FIA) had frozen her bank accounts, which means she no longer has access to her money.

For more news and update, stay tuned to Wow 360.