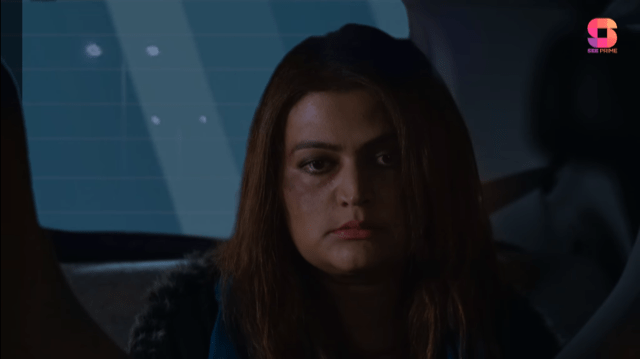 It is an intense story, highlighting the main social evil of domestic abuse. The simple execution of ‘Ride’ represents this social issue by saying a lot without actually saying anything. This film brings forth inspiration for more social issues to be displayed on this widely expanding platform. 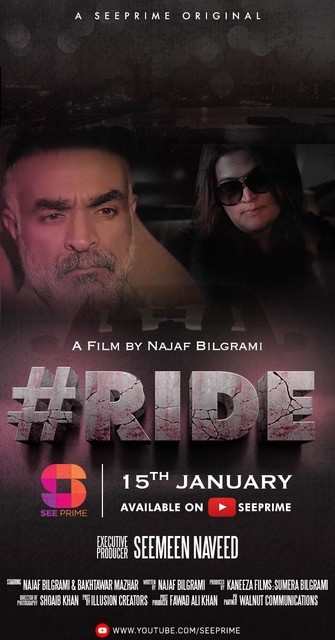 This Film Stars Najaf Bilgrami and Bakhtawar Mazhar as the main leads penned down and directed by the legend Najaf Bilgrami himself. Talking about the short feature, the director said,” What is a conversation? Does it entail the usage of language? Does language mean you have to use words? Do words have meaning? Sometimes a lot is said without actually saying anything. Sometimes nothing can be done, even though everything has been said.”

The intense film’s story follows a middle-aged woman who is a victim of domestic violence, and she is hiding it from the world. Several women in Pakistan are oppressed and prey to domestic abuse. The film brings to the limelight this social issue and sends a strong message to the nation. 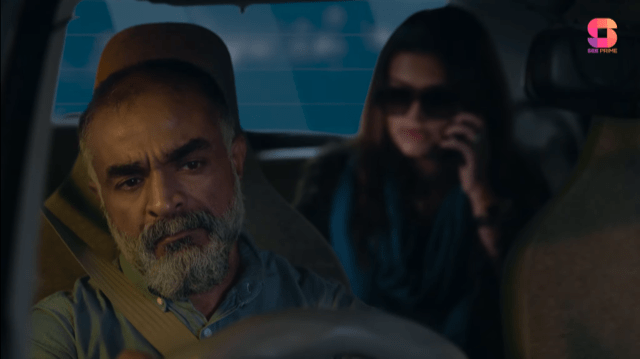 It was an amazing journey to collaborate with the talented Najaf Bilgrami to highlight such an important issue of the society that lingers as a terror for many women of Pakistan. ‘Ride’ is a portrayal of domestic abuse visually more than verbally. It is a simple execution that has a powering effect, and we hope to get the message across to our audience.” the executive producer Seemeen Naveed said while talking about the new short film.

In a short period, See Prime has managed to provide audiences with high-quality entertainment and content-oriented films and is providing a platform for both proven and new filmmakers to showcase their talent.

See Prime, a platform that has proven to be promising for new creative content creators to showcase their talent has marked its name in the industry in a concise period of time. It believes in providing content-based films and high-quality entertainment to the viewers, with strong messages being sent across the nation with its interesting films.

IBA Faculty, Dr. Irum Saba Becomes the First Pakistani Female to Join the Advisory Board of the iPORTAL