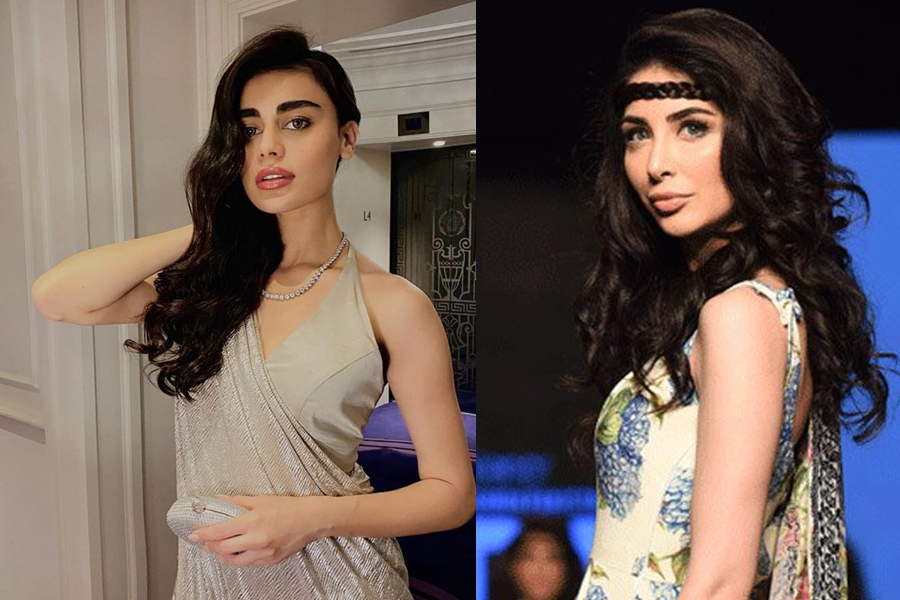 In a recent interview, Sadaf Kanwal made some comments on ‘feminism’ and it has ignited a controversy on the internet.

While giving an interview to ARY News program, Sadaf mentioned that a woman is not weak, and she linked the recently developed definition of feminism to the so called ‘liberals’. She also mentioned that it is a part of our cultural values, that a woman has to look after her husband, iron his shirts, take care of his shoes and his food and other belongings as well. She said that she believes in this culture as she has seen the same during her upbringing.

Soon after the interview was on air, Sadaf’s narrative on this sensitive topic started a controversy. Model turned actress, Sabeeka Imam seemed dejected with Sadaf’s views and passed comments “When you don’t know the definition of feminism, start rambling about ironing your husband’s clothes, EPIC!” 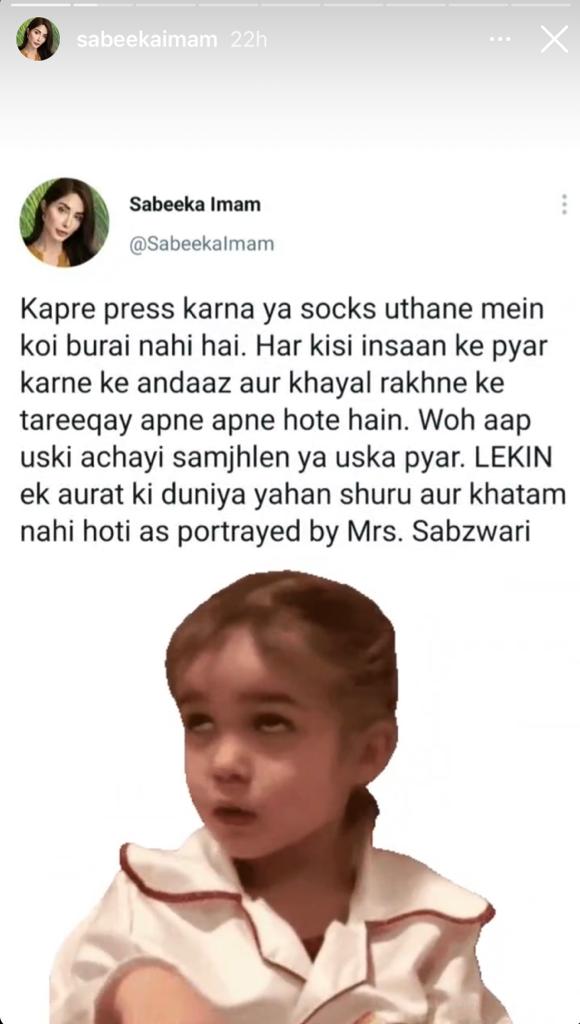 Sabeeka took the matter to twitter to further explain her thoughts. She claimed that the word ‘feminism’ seems to upset the majority of the people, due to misleading ideologies, But they should understand that women are humans too, and these voices raised under the slogan of ‘feminism’ are to highlight the issues being faced by women on a daily basis. She continued that people should treat women as their own mother and sister, and should give equal respect to them as they give to their own ones. She claimed that women are still not given due justice and we all should come on the same page on this matter.

She negated the narrative of Sadaf Kanwal while sarcastically addressing her as ‘Mrs. Sabzwari” and said that, there are different ways to show love or respect to your husband, and ironing his clothes and handling his shoes and socks might be one. But it is surely not the sole responsibility of the wife to take care of these things as her duty.

Sabeeka continued to show her resentment over the controversial interview, and raised her voice on this question being asked on the show by the host Fizza Shoaib.The model said that ‘feminism’ is a very sensitive topic and the question related to topics like these should be avoided by the hosts.

The controversy has divided the internet as there are women at both the ends of the pole. Both the narratives are coming from a strong school of thought, and neither of the parties are in mood to step back from their statements.

Are ‘Flaws In Our Laws’ in Pakistan Promoting The Culture Of Harassment And Rape?