Sunday, June 26 2022
Top Posts
3 DIY Hotpot Recipes You Can Make at...
5 Tips to Keep Your Hair Sweat-Free During...
Fawad Khan to Make Debut in Ms Marvel...
“Women Can Accomplish Anything They Set Their Mind...
TikTok Releases First Album of Viral Hits
Mehwish Hayat Makes Her Debut as a Djinn...
‘Girls are No Less Than Boys’ Says Pakistani...
Punjab Government to Provide Scooties to All Female...
Is Akshay Kumar’s Upcoming Film ‘Raksha Bandhan’ a...
On This World Music Day, Spotify Celebrates K-Pop...
LifestyleShopping

Puma’s Run XX Nitro has been Designed Specifically for Women 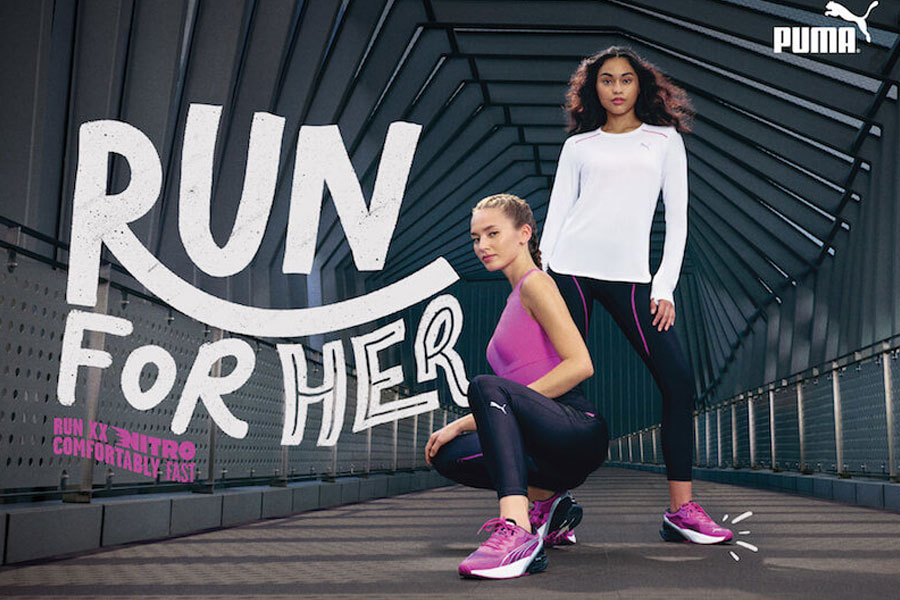 Puma, one of the world’s most renowned shoe brands, has introduced a women-specific running shoe design. Titled Run XX Nitro, it was designed alongside the University of Massachusetts Biomechanics Lab.

The Run XX Nitro has been named to represent the XX chromosome found in the female gender which is an important part of the DNA. This move comes after the brand announced that it wants to promote female athletes on a higher scale.

The all-new female-specific, progressive design is powered by the innovative, sui generis campaign, #PUMAdeliveryrun. Puma also went the extra mile for an out-of-the-box on-ground campaign in which they roped in a food brand enticing customers with FREE delivery with professional food delivery personnel dashing through the streets. The Run XX Nitro is equipped with a foam pit supporting the cushioned midsole, moreover, it has breathable mesh in the sole, as well as a Pumagrip Sprint (steel ramp with markings) for runners to test their limits and reach new heights. It also has the Run Guide which is designed to help with alignment and increased stability for longer distances.

In a report shared by the University of Massachusetts Biomechanics Lab, out of 224 runners who logged over 36,000 miles, 81% preferred the Run XX Nitro as their go-to choice for comfort and control.

“This was the first time we conducted a large-scale study on female runners and the results will help us shape our approach to women’s running shoes going forward,” said Erin Longin, general manager of the run/train business unit at Puma. “I believe this study will help us to continue to support female runners and keep them running longer.”

“As a runner myself, I want to know my running shoes will support my own biomechanics because women are made differently, and the Run XX does exactly that,” Longin added.

The shoes are available online and in-stores.

What do you think of them? Share your thoughts with us in the comments below.

Green is the New Black for Pakistani Celebrities this Summer 2022!

Stay tuned to Brandsynario for more news and updates.