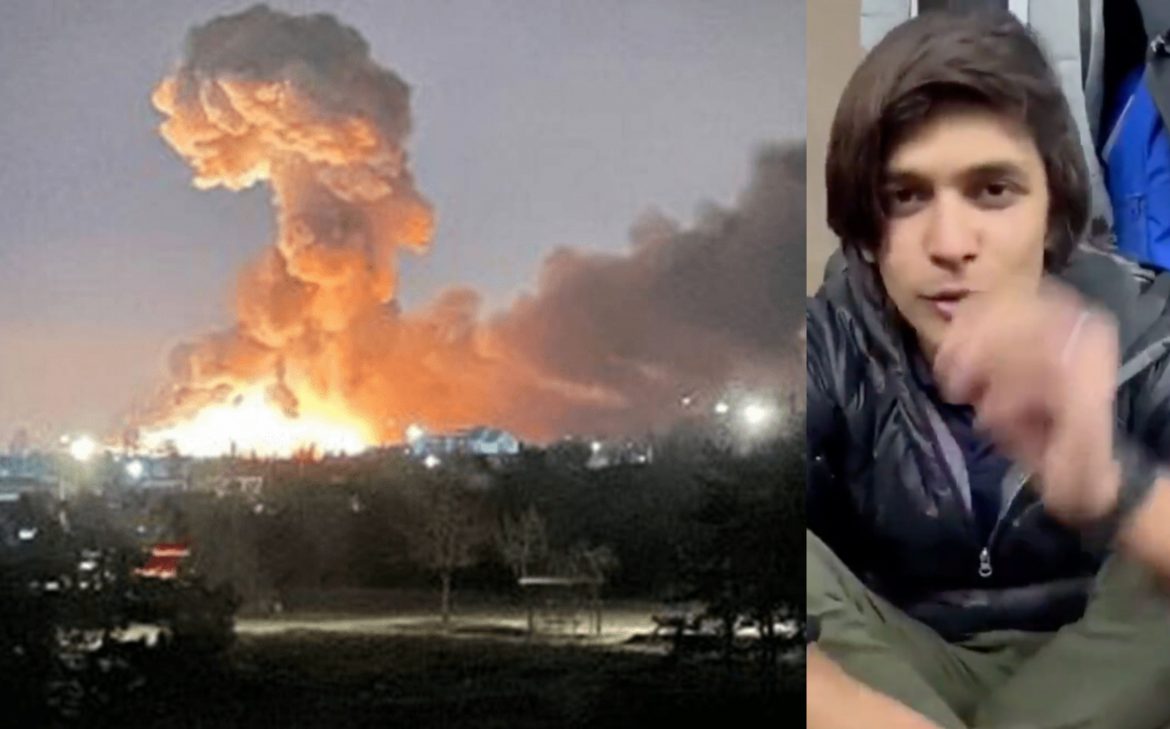 On the 24th of February, Pakistani students stranded in Ukraine Appealed to Prime Minister Imran Khan to arrange an evacuation for them on an urgent basis.

The clips of students stranded made it to social media after Russia launched a military attack on the Eastern European country in its neighborhood. Russian President has asked Ukrainian armed forces to lay down their arms before launching the attack by land, air, and sea.

It is noteworthy to mention that Pakistan’s Prime Minister Imran Khan is visiting Moscow at the moment and was scheduled to attend an arrangement to discuss bilateral associations between the two countries.

Journalist, Founder, and Editor of The Pakistan Daily, Hamza Azhar Salam, tweeted a clip of one of the students explaining the miscommunication that had taken place with the Pakistan Embassy in Ukraine. They had enured them PIA flights would take them home if Ukraine was at war; however, no arrangements have been made yet.

A #Pakistani student stuck in #Ukraine says that the embassy asked him to cancel his ticket to #Kyiv promising students safe evacuation but after #UkraineInvasion no help was provided. #UkraineRussia #UkraineCrisis #UkraineConflict #UkraineKonflikt #Russia #Russian #Putin pic.twitter.com/4cucAK08mC

Maas Hassan, a Pakistani student enrolled into  Kharkiv National Medical University in Ukraine’s northeast, told a publication that he was instructed to move to underground metro stations. “We were living in our apartments but received instructions from our university administration to shift to metro stations.” He further added, “No one is listening to us, and we appeal the Pakistani government and Prime Minister Imran Khan to arrange our evacuation on priority.”

As per the latest announcement on social media, the air space in Ukraine is closed.

Air space of Ukraine is closed. All Pakistani students are advised to remain in their locations till situation allows evacuation.@ForeignOfficePk

On Friday, Pakistan’s Ambassador to Ukraine, Dr. Noel Israel Khokhar has said that the government is working hard to make sure that they evacuate Pakistani nationals stranded in Ukraine as soon as possible.

The Embassy of Pakistan is fully functional from Ternopil, Ukraine. Contact details of the Embassy are as follows:

As reported by BBC, women have been banned from appearing in television dramas and films in Afghanistan. The latest rules have been imposed by the Taliban government, which declared ‘amnesty’ in August. The newly imposed rules are imprecise and ‘subject to interpretation.’ Other than female actresses, female journalists have also been required to cover their heads with scarves on screen.