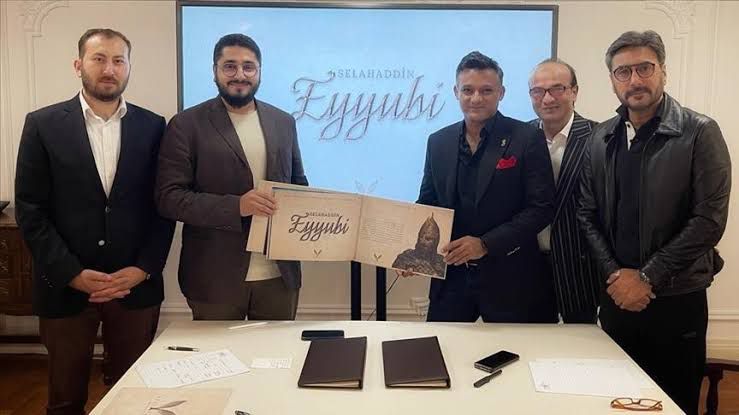 Pakistan and Turkey are all set to collectively produce a period drama on the life of the most celebrated Muslim ruler worldwide, Salahuddin Ayyubi.

The series is a collaboration between Pakistan’s Ansari & Shah Film and Turkey’s Akli Films owned by Emre Konuk. The official announcement was made by the Turkish producer Emre Konuk on social media. He took it to the microblogging site and wrote, “Happy news on a blessed Friday evening! An agreement was signed between Akli Film and Ansari Shah Film for the TV series “Sultan Selahaddin Eyyubi.”

He added, “May the international project, which will be prepared with the cooperation of Turkey and Pakistan, be beneficial to our country and our art world.#SelahaddinEyyübi”

The series based on 3 seasons does not just feature Turkish actors but also Pakistani actors and will be shot in Turkey.

Details of who the show’s cast is and how many episodes each season will comprise are not out yet. Akli Films owner Emre Konuk said he understands that it is difficult to portray “this great person who left his mark in history and all over the world,” however is happy to complete the project.

A New Chapter for Pakistan’s Friendship with Turkey

Pakistani actor Adnan Siddiqui took it to his Instagram to announce the news, “Taking our commitment to strengthen ties with Turkey further, we embark on a new chapter of this friendship that, we hope, would lead to an exchange of fabulous ideas and talent. It’s a win-win for our industries and our audience, who should look forward to some good content coming their way.”

He added, “Have collaborated with ….. to produce a magnum opus on the great warrior king, Salahuddin Ayyubi. Please partake in our happiness.”

Who Was Salahuddin Ayyubi? 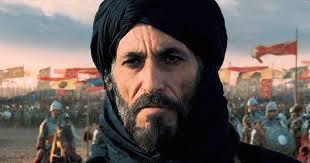 Salahuddin Ayyubi was a great warrior and founder of the Ayyubid Dynasty. Saladin defeated the crusaders and recaptured Jerusalem in 1187. When he had elevated his maximum power, his sultanate spanned across Egypt, Syria, the Jazira (Upper Mesopotamia), the Hejaz (western Arabia), Yemen, parts of western North Africa, and Nubia.

Previously, an epic historical fiction drama film, Kingdom of Heaven, directed and produced by Ridley Scott and written by William Monahan, came out in 2005 based on the great warrior Salahuddin Ayyubi in the 12th century.

Pakistani actress and producer Reema Khan has been updating her fans with some beautiful visuals from Istanbul as the actress landed in Turkey a few days ago. She was welcomed by Ertugrul’s production team and actors, a series that has taken over Pakistanis since the day it was aired on PTV after being dubbed in Urdu.

So exciting to witness another series based on rich history! Are you excited? Let us know in the comment section below.