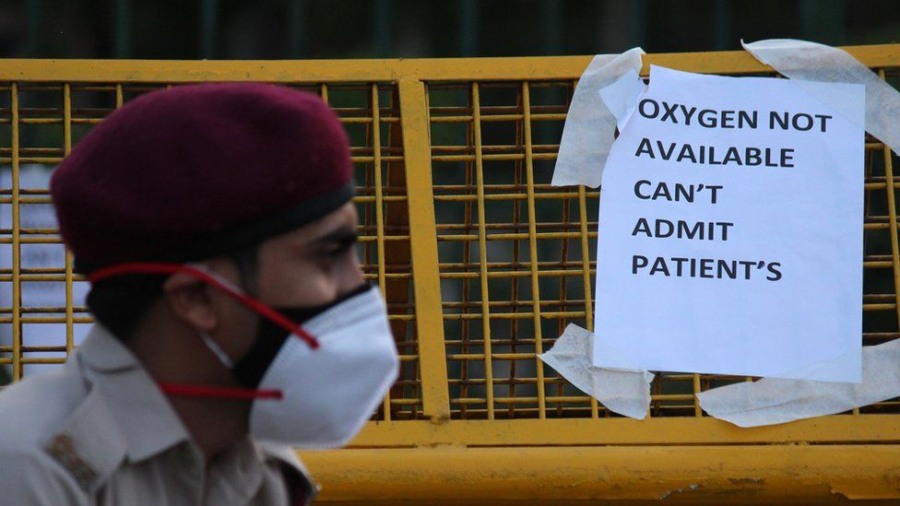 A viral video of Mumbai Police has gone viral on social media. In the clip, the police are seen requesting Muslims in the streets to pray for COVID-19 patients in the holy month of Ramadan.

The officials emphasize how Muslims who fast must pray as their dua’s are important for the nation given the crisis. Across India, people are dying with Covid-19 while waiting for treatment outside the hospitals.

As we witnessed on social media, India is going through a severe crisis during its second wave, which has hit the country hard as its health care system collapses. The death rate due to COVID-19 has increased so much that in every four minutes, someone dies in Delhi, the capital of India, which is alarming.

On average, India has reported 345,000 new cases per day. On Saturday, as a gesture of solidarity, Pakistan offered Covid-19 support to India. Overwhelmed hospitals in India are begging for oxygen supplies as shortage increases every minute. The health minister of India reported that the country’s coronavirus infections rose by 346,786 overnight, which set a new world record for the third consecutive day.

Running out of Oxygen: Military to Come in to Assist

In such cases, governments call in the military for help. In India, military planes and trains are deployed to collect oxygen for Dehli from all corners of the country. A clip of an oxygen truck making its way to Delhi’s Batra hospital issued an SOS saying it had 90 minutes of oxygen left for about 260 patients. In the clip below, doctors are desperately trying to save patients in the COVID-19 Ward.

Just last month, India became the “fastest country in the world” to administer more than 100 million doses of coronavirus vaccines. It achieved the feat in 85 days, says the health ministry. However, the country remains in the grip of the deadly virus.

How to Make Potato Cutlet: Ramadan with Wow