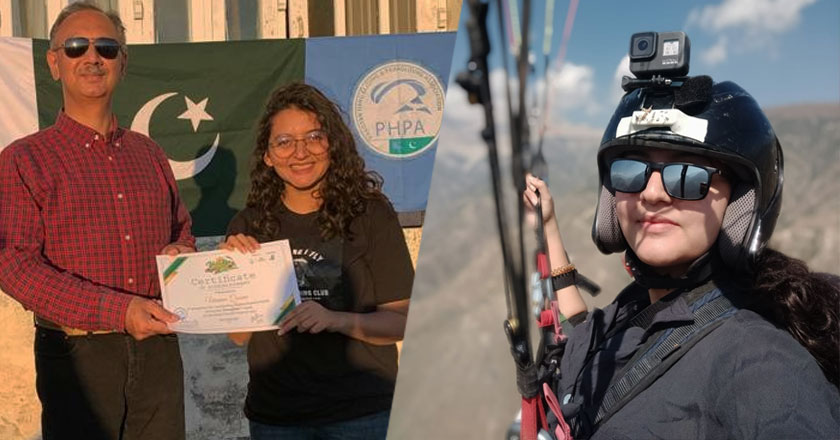 We came across a young woman who left us in awe. A young lady who has the heart of a tiger, who loves to reach for the sky, and definitely soars high! Meet Sana Ameen Jan, a certified female paragliding pilot in Pakistan.

When we first found out about Sana, we reached out to her with a handful of questions we were eager for her to answer. She loves the outdoors and her personal Instagram blog is every wanderlust’s goal!

Here’s what she had to say:

Q1. What inspired your interest in adventure sports?

I wanted to do something that is not very ordinary, so I came across a Facebook ad posted by Karachi Gliding Club, and I signed up. It was a short, basic course, at the time I could not have imagined that this would go this far. The course consisted of 7-8 classes, eventually I was like, ‘that cannot be it, I want more of it.’ One thing led to another, I got extensive training in Islamabad and other places. So initially I did not have an interest, it developed gradually, what kept me hook was the sense of adventure, the thrill. It was a calling, my happy place. It became something I wanted to do. 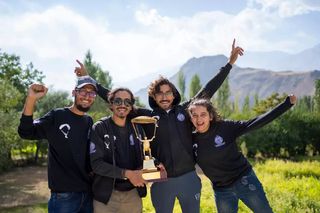 Q2. Are there any paragliding spots in Pakistan that the public can enjoy?

There are paragliding spots in Pakistan that are open for pilots as well as to the public. For the general public the ideal spot would be Pir Chanasi, about 30 kilometers east of Muzaffarabad. It is ideal and safe, you will find pilots and the public enjoying the spot in all seasons. Its easy to book and a pilot will accompany you.

I wouldn’t recommend the other spots for the public, just the pilots because of the extreme conditions, nonetheless there are spots in Chitral, Qaqlasht, Zani Pass, amonst many more. 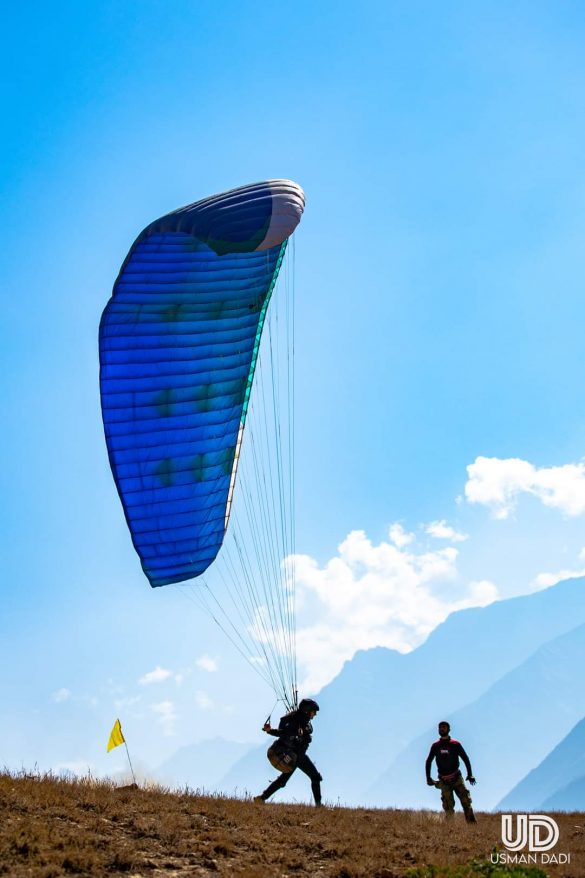 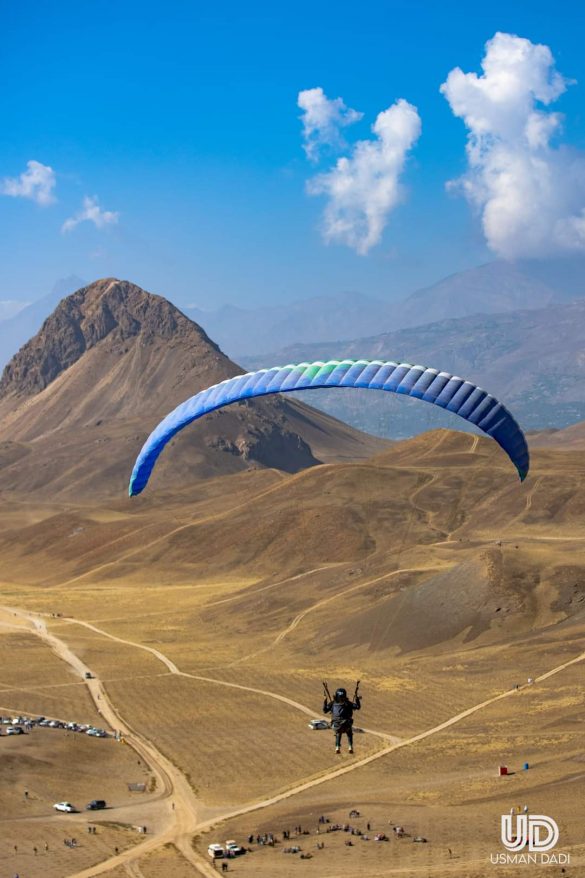 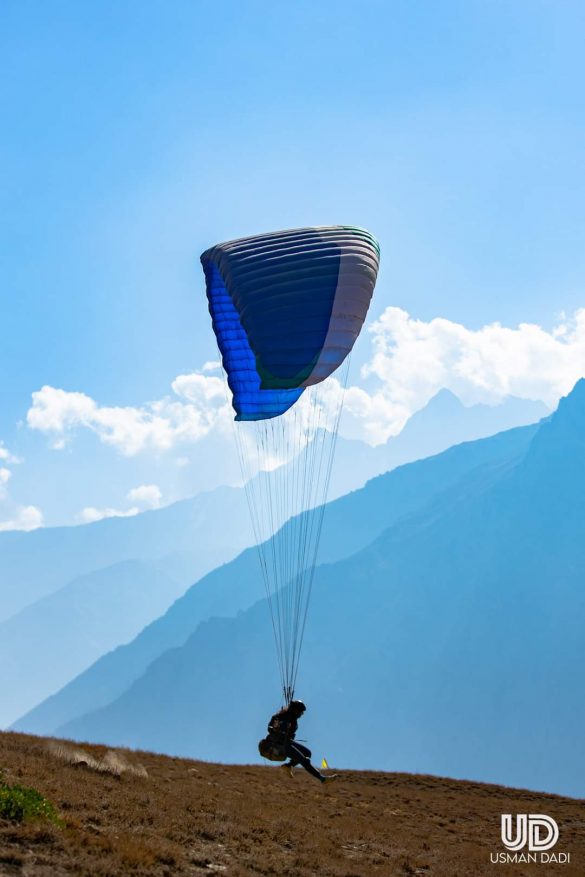 Q3. Do you face hardships as a sportswoman over your male counterparts?

Yes, I do face hardships, but there are pros and cons. Some people are very nice and very encouraging, they’re very mindful that you’re a girl. But a lot of people, the major issue I have face is that some people don’t trust you.

They have this attitude in their tone that makes you doubt your own ability. They’d be like ‘the conditions are not good, so let the rest of the men go, but you stay’ and stuff like that. So, for some reason, they don’t trust you.

They act like if we go, and if something happens, then the blame will come on them and because of that they share discouraging thoughts and negative conversations, saying ‘aap se nahin ho payega’, people are you who don’t even know you automatically presume maybe you can’t do it, or there have been incidents in the past. So, this is one of the major difficulties I’ve faced.

Ofcourse then the morale is down and eventually it starts getting to you. There are about 80-90 pilots in Pakistan, mainly Punjab. So the mindset of the boys who are coming from the different backgrounds is very different from the fewer ones who come from cities in comparision.
Moreover, because it is a male-dominated sport and is not as such developed, there once was an event which I really wanted to par take in, but I had to back out because they were putting 5-6 boys in a room, which is normal, but being the only girl, they couldn’t accomodate me seperately, so I had no choice. At times there are logistic issues, at times accomodation is a problem.
Another issue is that because there are a limited number of pilots, are most of them are male, girls usually back out after they find out that there are no female instructors. Moreover, people are more forgving towards men and they follow the ‘forgive and forget rule’ whereas we women are constantly under constant pressure and all eyes are on us, they expect us to be perfect.

Nonetheless, I want girls to know that they should not back out because of these petty issues, woman face them in almost every situation, so don’t be discouraged. 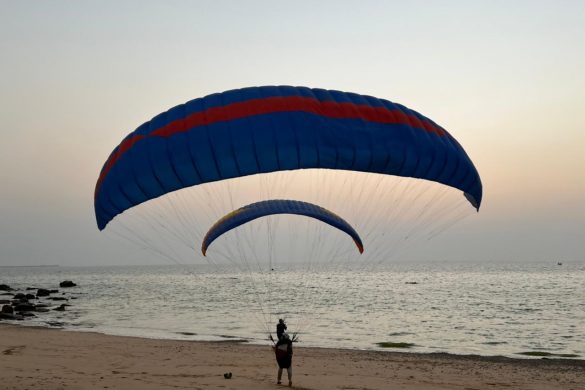 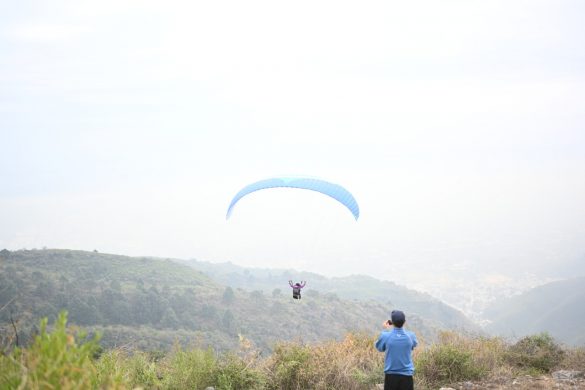 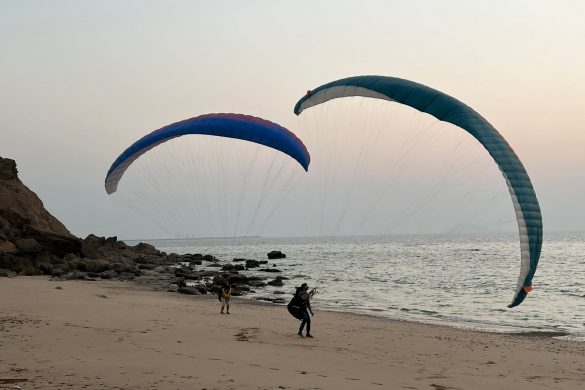 Q4. Was it easy to convince your parents?

Allah ka shukar hai merey parents were not stict, and allowed me to pursue it, but parents of other girls may not feel the same way.

Q5. What would you like to say to the young women who want to be a part of the sports industry?

There are pros and cons, the sport itself is amazing and has a lot to offer, so please do step in and at least consider it. However, do keep in mind that the equipment is a bit pricy and most of the good spots are up north, so travelling is required. But, do not let that stop you from reaching your dreams.

Allah will somehow make it accessible, he has his ways and all you need to do is take the first step and believe in yourself. I am here to help, if anyone wants any guidance, they can reach out to me or my team mates in Karachi. I would love to see a team of women from Pakistan, representing the country and flying in international events.

Consider paragliding as driving, stick to the rules, take it slow, take your time, keep focus, and everything will be fine.

We hope that Sana and the other young women from Pakistan will one day make it to the international platforms.

We are super excited to learn so much about Sana Ameen Jan’s experience and wish to learn more from her in the near future.

How to Choose the Right Sanitary Pad Size