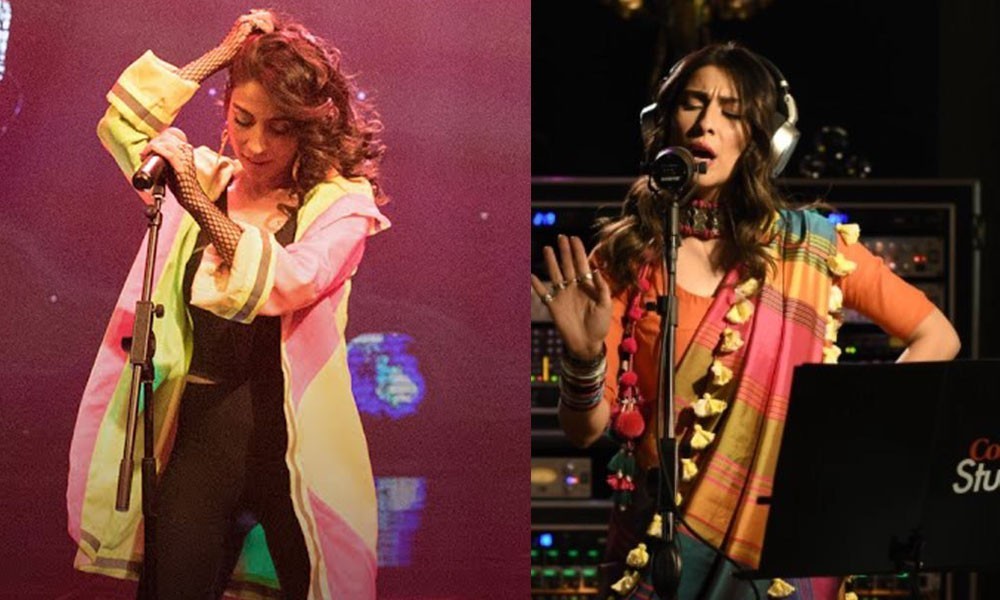 Just when things were mellow in the music scene, Pakistani singer, Meesha Shafi dropped back to back hits for significant music platforms in Pakistan: Velo Sound Station and Coke Studio 2020. While Velo just entered the Pakistani music industry with Bilal Maqsood taking the lead, Coke studio has been here for over 10 years now and has seen many talented producers.

Meesha’s interpretation for Velo Sound Station of the late pop star, Nazia Hasan’s Boom Boom proved to be a bigger hit than Na Tutteya Ve for Coke Studio; However, both the songs prompted quite a stir for music fanatics worldwide.

Check out Meesha Shafi’s jaw-dropping performance that will make you go Boom Boom!

It’s finally here! We bring you a tribute to Pakistani Pop music by the stunning @itsmeeshashafi – as she gives a jaw dropping performance that will make you go #BoomBoom! So turn it up and tune in on #VELOSoundStation where #PopDontStophttps://t.co/SenVHvTUpc

Boom Boom was initially sung by Queen of Pop, Nazia Hassan and released back in 1982. Shafi, in her version, has stirred up some excitement for the audience. It indeed has the potential to become our latest jam this winter season! The song starts with English lyrics before Meesha launches into the pre-chorus, hitting us right in the feels. It was as if Nadia’s spirit was channelling through Meesha while on stage. All in all, a massive banger! Would leave you with goosebumps 10/10

Shafi in a promotional video explains what the song is about, “This particular song is talking about equality from a woman’s perspective, using Punjabi Shayari to convey the message. There’s no aggression, just a beautiful message by a woman who has been labelled a rehmat by God Himself.”

“To explain it, this is an awaami female anthem. Many women will relate to it.”

While speaking about her Rap, producer Rohail Hyatt shared, “Sensitivity is not a weakness, it’s a strength, and Na Tutteya Ve is about this perspective. I originally approached Meesha Shafi for this song, but we both decided that this message would be better delivered if it came from all the female artists of the season. She graciously gave up her solo song for the common good! Great gesture. One version of the demo sounded very R&B, and that’s where the idea for the rap part came from. Subsequently, the sound became more traditional, but we retained the rap part since it was so powerful.”

Here is what Twitter has to say about Meesha Shafi’s back to back hits:

What an opener to the season! Just listened to the mesmerizing song and great message dancing on the melodious lips of the girls. Simply magnificent vocals and music. Fantastic job by the girls. Keep it up coke studio…

When you log in to write about what incredible trailblazer & vibrant performer @itsmeeshashafi has been this week!! Find that she is already trending! BUT NO its the same dead carcass dragging her down

You are an absolute rockstar! Made from lightning and thunder! #MeeshaShafi pic.twitter.com/gNZz1lrxVo

Would just like to say that Meesha Shafi is the reason why now I am listening to Nazia Hassan and realizing what an absolute legend she was!