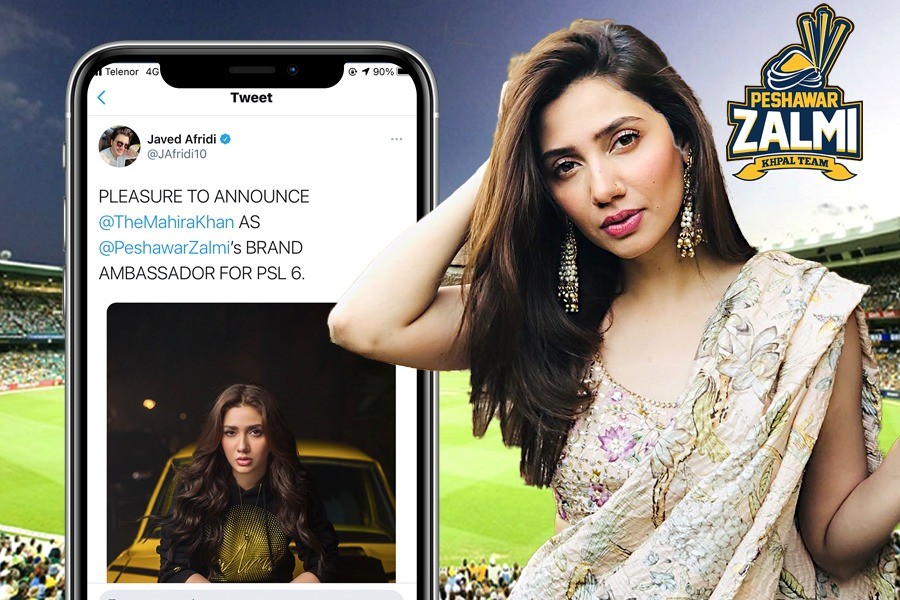 The tweet said on the micro-blogging site: Happy to announce & continue our association with  @TheMahiraKhan who has been the face of Zalmi and a loyal supporter since the start. #Zalmifamily #ZKingdom #Yellowstorm

Happy to announce & continue our association with @TheMahiraKhan who has been the face of Zalmi and a loyal supporter since the start. #Zalmifamily #ZKingdom #Yellowstorm pic.twitter.com/88YDrl2nkg

It’s official! You will see Mahira in a yellow jersey cheering for the team from the stands in the stadium. We are glad the authorities finally chose a Pakistani star to represent the team. This is not the first time that Mahira has been chosen as the brand ambassador for Peshawar Zalmi. She will represent the team for the third time now after a thriving season three and four. The 36-year-old had also appeared in Zalmi’s anthem Hum Zalmi for season four.

good to hear this

So all of us were assuming that Turkish actress #EsraBilgic will be representing #PeshawarZalmi in PSL this year but team owner Javed Afridi just announced #MahiraKhan as a brand ambassador. We may see Esra in the anthem music video. pic.twitter.com/gqBtfTiGOk

While Pakistan’s heartthrob Mahira Khan has been confirmed as the Brand Ambassador, Turkish star Esra Bilgic’s association with the team is still kept in the dark for now. Earlier on, Javed Afridi tagged the actress on the micro-blogging site and said:  NEW BEGINNINGS  @esbilgic

We don’t know what the authorities are planning at the back end, but we sure will enjoy two stars in the stadium. Have something to add? Let us know in the comment section below.