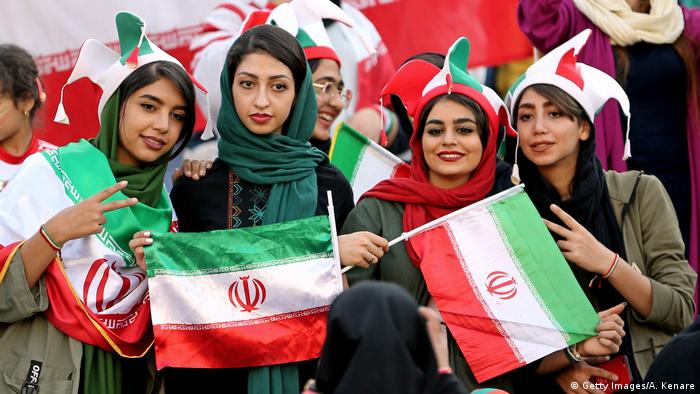 Iranian media reported that women had been denied entry to the soccer stadium to watch an international match, leaving hundreds of fans locked out with an already purchased ticket.

The World Cup qualifier against Lebanon took place at the Imam Reza stadium in the northeastern city of Mashhad – won 2-0 by Iran. Since the stadium’s inception in 1979, the Islamic republic has generally barred female spectators from soccer and other sports stadiums.

FIFA has been pursuing Iran for years to open its stadiums to women. After much consideration, Tehran has only allowed a limited number of women to attend matches on rare occasions since 2019.

ISNA news agency has said that “About 2,000 Iranian women, who had bought tickets for the Iran-Lebanon match, were present in the perimeter of Imam Reza stadium but could not enter the stadium.”

Iran’s football team captain Alireza Jahanbakhsh criticized the locking of women out of the stadium. He said, “I don’t think anything would have happened if women had come to the stadium, and this could promote our culture.”

The governor of Mashhad, Mohsen Davari, told Islamic Republic of Iran Broadcasting (IRIB) that he “apologizes that many people couldn’t enter the stadium. Unfortunately, a large number of people outside the stadium were deprived of watching the game.”

The FIFA directive to allow women inside the stadium came following the death of Sahar Khodayari, a woman who set herself on fire in fear of being jailed after trying to attend a match in disguise. As reported, she had been detained in 2018 for entering a stadium dressed as a male.

Pakistani Football Federation Suspended by FIFA Due to a Serious Violation. Read the full story here:

FIFA has announced the suspension of the football federation in Pakistan due to the interference of a third party. Such interference is considered a serious violation. Hence, the Men and Women’s Pakistani Football teams are temporarily banned from participating in any games until FIFA receives a confirmation from the normalization committee of the PFF that the PFF’s premises, accounts, administration, and communication channels are again under its full control.