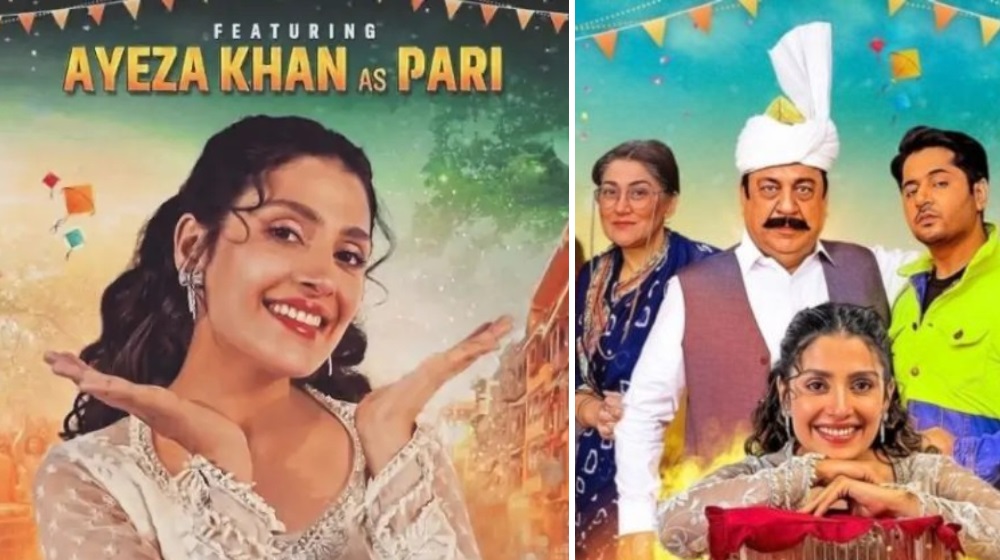 It looks like the Pakistani drama serial ‘Chaudhry & Sons’ with actors Ayeza Khan and Imran Ashraf playing the lead characters is taking the lead among the lot. Many fans on social media are appreciating Ayeza’s acting in the drama serial, which makes her a popular character this Ramadan.

A Twitter user described the Chaudhry family as a ‘whole mood, each & every character!’ while especially liking Ayeza Khan’s character. The user wrote, “I think she [Ayeza Khan] pulls off such characters really well!”

#chaudharyandsons is really funny!! I love #AyezaKhan's character, I think she pulls off such characters really well! The Chaudhary family is a whole mood, each & every character! Also how they're slowly adding that emotional aspect to the story, its getting interesting ❤

A Twitter user wrote in a tweet expressing their love for the character. ‘in love with Pari! Loved it! @AyezaKhanak3″

Imran Ashraf, known for his acting skills, has also become a fan favourite. A scene showing his dance steps is also spoken about on social media platforms by fans. “Billu Chaudhry’s dance steps…The way he was moving omg totally hilarious. I can’t stop laughing. Imran has nailed this dhol and bhangra scene #chaudharyandsons”.

Among the three dramas serials which are on air this Ramadan, Paristan and Chaudhry & Sons are taking the lead.

#Paristan & #chaudharyandsons are added in my watchlist 🙆🏻‍♀️ once all episodes will come I'll watch..

Chaudhry & Sons are definitely the most recommended drama serial

It is clear that HUM Tv’s Hum Tum is not meeting the expectations of the fans.

While there are fans, there are people who aren’t really liking the acting. A user wrote in a tweet, “nahi dekhi ja rahi ye overacting bhae”.

The Drama serial ‘HUM TUM’ featuring Ahad Raza Mir, Ramsha Khan, Sarah Khan and Junaid Khan in lead roles is being appreciated online for depicting strong female and supporting male characters. Currently, on-air on Hum Tv as part of the Ramadan releases, the drama serial is a “2022, modern and Gen Z rendition of a hate to love story.” Only two episodes have come out as yet, and it has already garnered quite a following with its content that breaks genre stereotypes