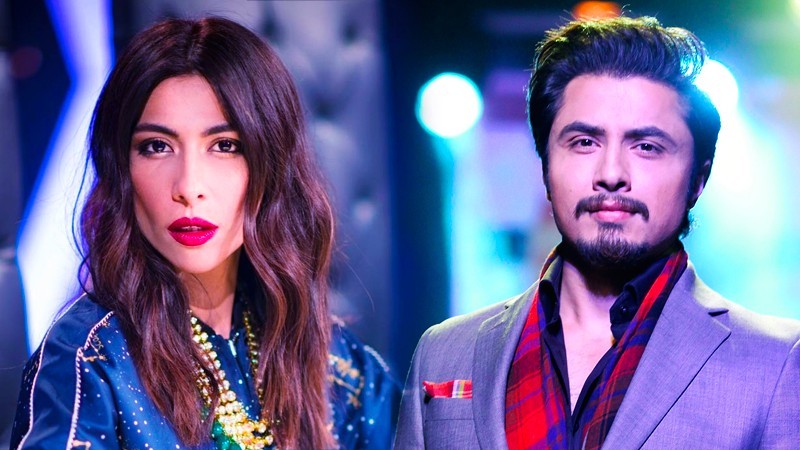 Pakistani singer and songwriter Ali Zafar has recently offered to pay travel cost for Meesha Shafi so she gets back in Pakistan from Canada.

Meesha Shafi missed the Sessions Court Lahore for the defamation suit filed against her, therefore Ali Zafar decided to come up with this offer this time with the help of his counsel in the court of Additional District and Muhammad Yasar Hayat who is the Sessions Judge.

Ali Zafar filed a defamation suit against Meesha to reciprocate and to promote the blur campaign against the recently appointed Pakistan’s first Namal knowledge city’s ambassador. The two Pakistani celebrities have left the fans in a dilemma to decide who’s actually guilty out of the two and at fault.

The Coke Studio famous Meesha Shafi was in Karachi during the Lahore Motorway rape incident. However, she is currently in Canada and has to appear before the court along with her witnesses this month.

Meesha Shafi’s counsel, Saqib Jillani stated in the court that his client is available for cross-examination through Zoom video call. But Ali Zafar’s lawyer Umer Tariq Gill did not agree to it and told that no evidence will be noted down or recorded through any video call without respecting and following the requirements demanded by the court.

Umer Tariq Gill also mentioned that the only reason Ali Zafar is willing to pay for Meesha Shafi’s travel cost is that he expects her to be physically present before the court,  not for her to appear on a virtual, video calling app.

Muhammad Yasar Hayat, Additional District and Sessions Judge has postponed the hearing for November 14 2020 and has requested Meesha’s lawyer Saqib Jillani to appear in the court along with the witnesses for the next hearing.

Share your thoughts on this. Let us know in the comments,

Coca Cola Celebrates the Spirit of Karachi with New Campaign