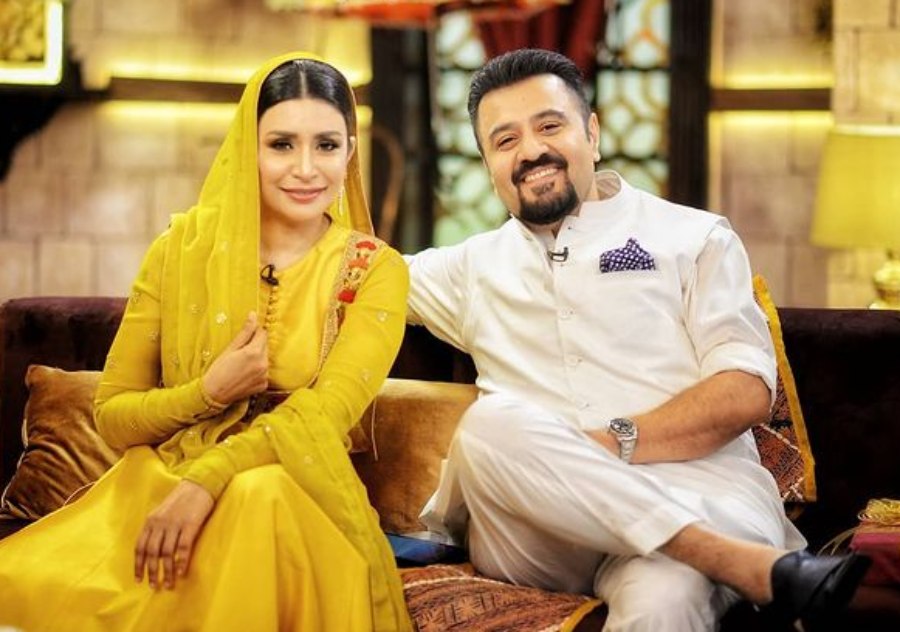 Ahmad Ali Butt and his wife, Fatima Khan, were invited to Nida Yasir’s Good Morning Pakistan. Alongside the couple, Hassan Ahmed and Sunita Marshall were also invited. The host, Nida Yasir, was having a fun-filled conversation with both the couples regarding how they had met and so forth.

During the conversation, Ahmad and Fatima’s love story was being discussed. That is when the star revealed that it took him 8 years to convince Fatima for marriage. During this period, Fatima moved to London, but Ahmad was determined and kept in touch. He called her 3-4 times a day so that Khan didn’t forget he existed and that he was waiting for her to make a decision.

Fatima mentioned in the show that her sister would often ask, “Is bunday say kya chukar hay?” to which she replied, “Mujhay nahi kurni hay shadi, mtlb is bunday say you nahi karongi.” She would then ask, “Koi aur hay?” to which Khan giggled, “Nahi hay.” They would constantly argue that Ahmad was a decent guy, but Khan wasn’t pleased for the longest time.

Khan also mentioned that every year she thought she’d get someone better, and so she declined Ahmad repeatedly. However, once the family noticed that Ahmad was determined and Fatima was somewhat unclear about what she wanted, she was asked by her sister, “What exactly are you looking for?”

The question was difficult, and it made Fatima think it over. She said, “Waqai mein kya dhoondh rahi hoon?” She had no ideals, so she finally accepted Ahmad, and both got married.

Hassan Ahmed and Sunita Marshall also shared their side of the story on the show.

Hassan Ahmed and Sunita Marshall‘s marriage is a great example of how people who belong to two different religions can be together, regardless of all the odds. Of course, there are challenges on the way to a successful interfaith marriage, but if you are determined to make it work, you are likely to live happily ever after. The key is to communicate. During an exclusive interview with Ahsan Khan on the show Time Out with Ahsan Khan, both the stars revealed how it went down the lane for them.