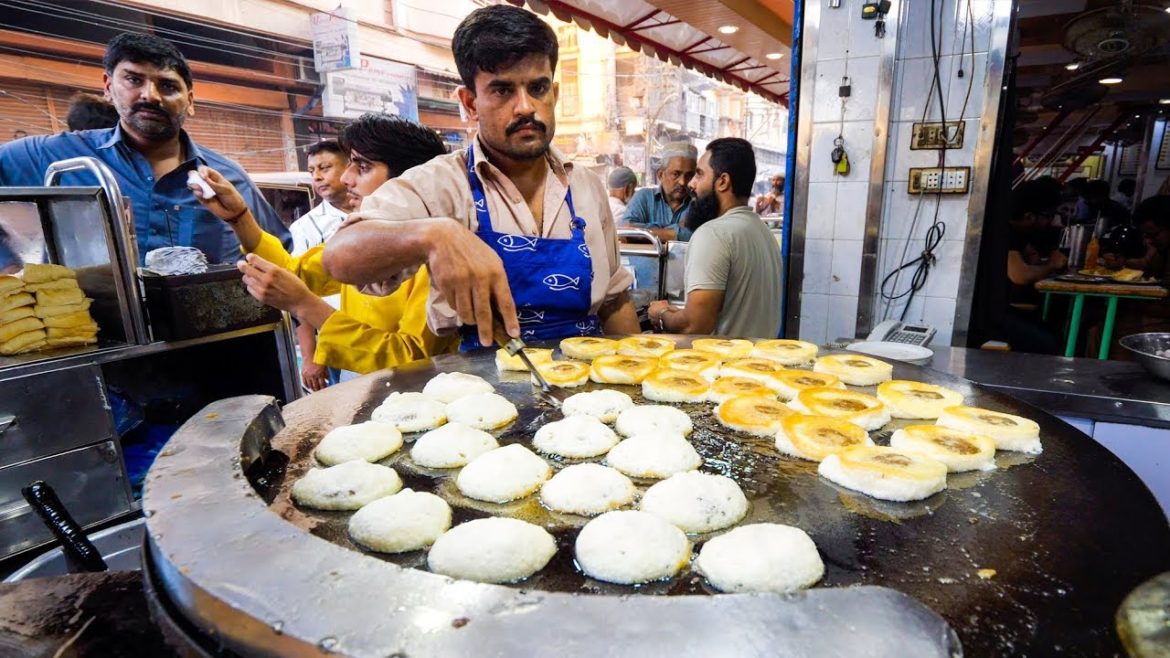 We as a nation often forget how lucky we are to be in a country like Pakistan which is rich in culture and heritage.

We are blessed with the four seasons, historical sites, natural beauty and the of course the  delicious cuisine. Food is one of the things which bring us together as a nation no matter what the circumstances. And since we’re on the topic of cuisine, let’s not forget how finger licking our local street food actually is and we just can’t get enough of it.

Let’s take a look at some of the mouth- watering, popular street dishes in Pakistan that you need to try, if you haven’t! 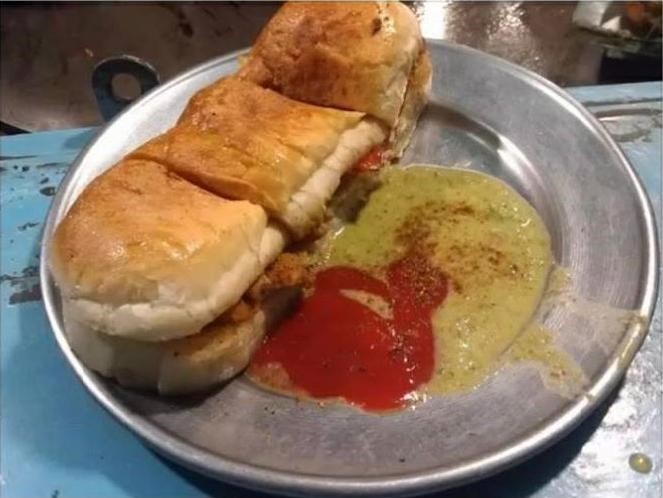 This desi version of the English burger can satisfy every taste bud in the mouth and will leave you craving it on a daily basis. The simple yet tempting Pakistani-style Bun Kabab consists of a spicy patty ( made of potato or meat ) sandwiched into a bun with lots of green coriander and tamarind sauces and chutneys. It can also be served as a special version with egg added on top of the patty. Most people prefer it with veggies like tomatoes, cucumber and onions but some like to enjoy the simple version. It can also be served with a side of coleslaw. Unsurprisingly, many eateries in Pakistan now offer this street dish so that you can enjoy it anytime anywhere. Bonus point : It’s a great dish for vegetarians if you choose the traditional potato patty. 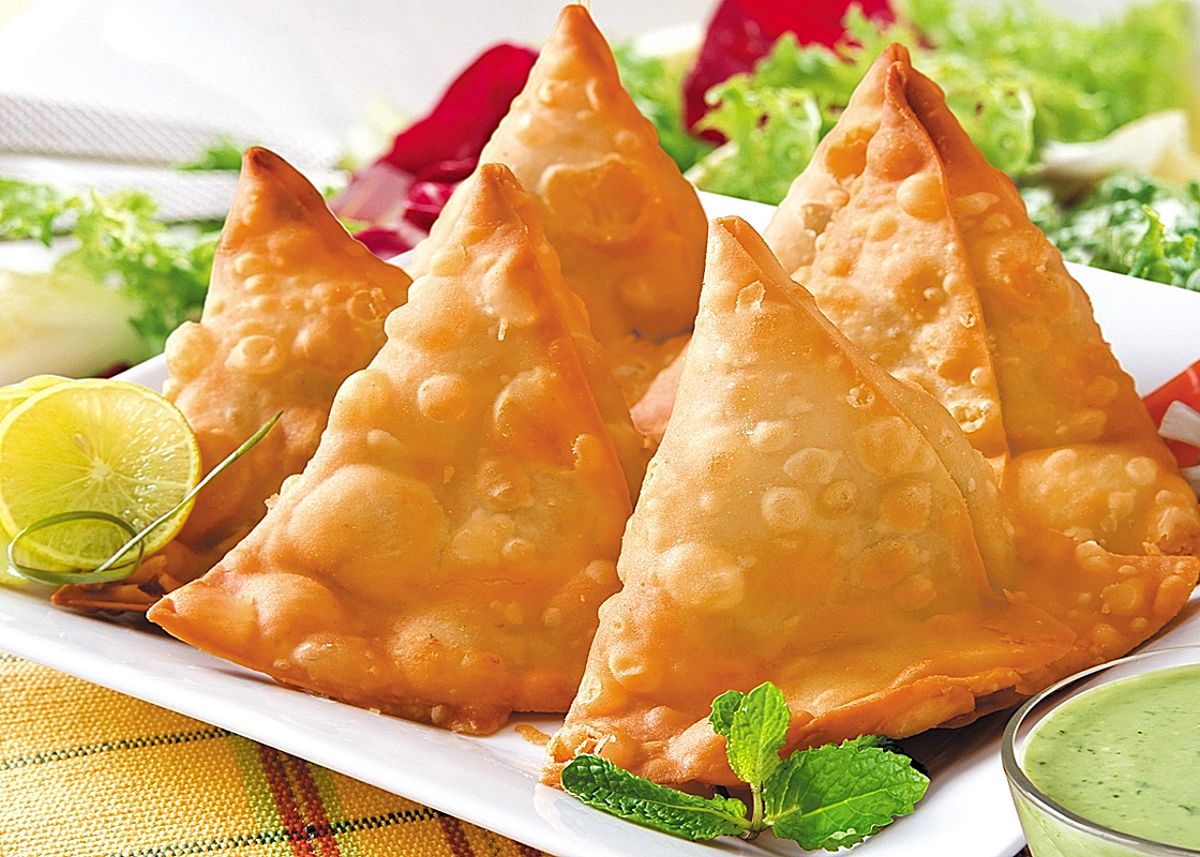 Crispy on the outside and soft on the inside, Samosas can be served at every event. This deep fried dish comes in a number of fillings including spicy mashed potatoes, minced meat, and mixed vegetables. It can be eaten as breakfast, as a starter or a tea-tiem snack. One of the most popular and best known street foods around the country, it is both affordable and fulfilling. It is also a staple in Ramadan and usually served at Iftar. 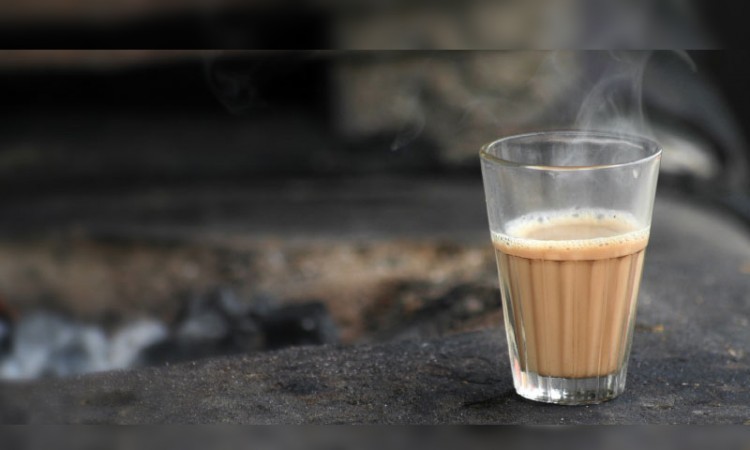 For Pakistanis, Chai is not just a drink – it’s a necessity and part of a daily ritual. If you don’t believe us, you can see the crowd outside every roadside stall ( Dhaba) where chai is served. It is traditionally made by putting tea leaves in a pot with some water. Once its boiling, fresh creamy milk is added and boiled further. Sugar is added and it can sometimes be spiced up with masala or made more flavourful with cardamom. Nowadays, there are many varieties of chai you can enjoy like masala tea, ginger tea, cinnamon tea and matka tea. 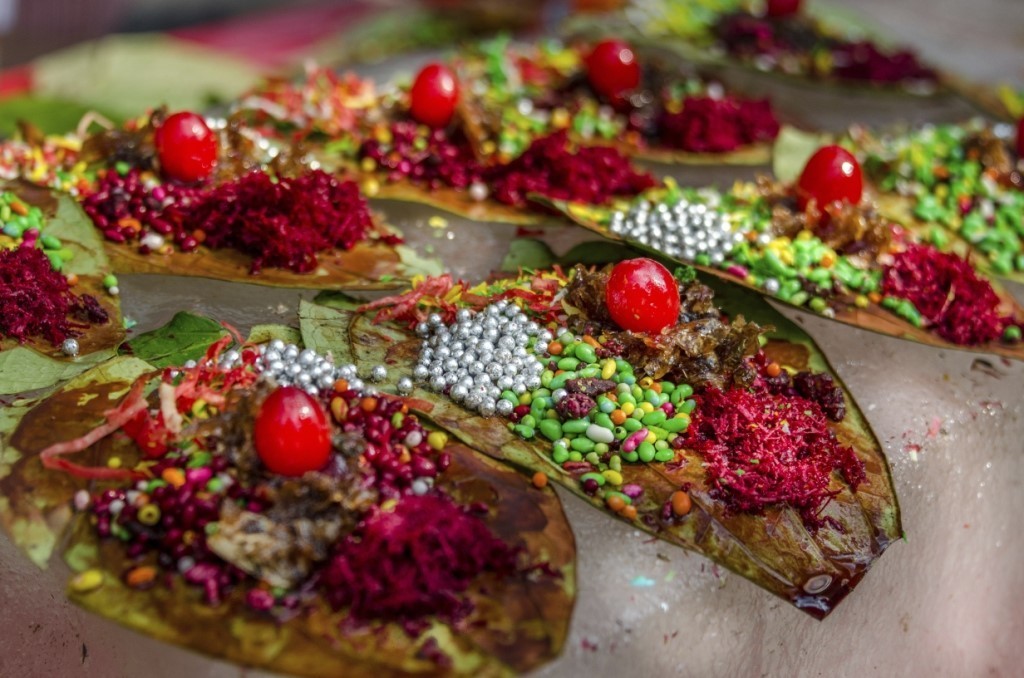 Paan is made from betel leaves and is often served after meals for digestion and as a mouth freshener. It consists of betel nut, dried fruit, coconut and mint wrapped in betel leaf. Luckily, there are many shops around the country which serve Paan in a hygienic ambiance. 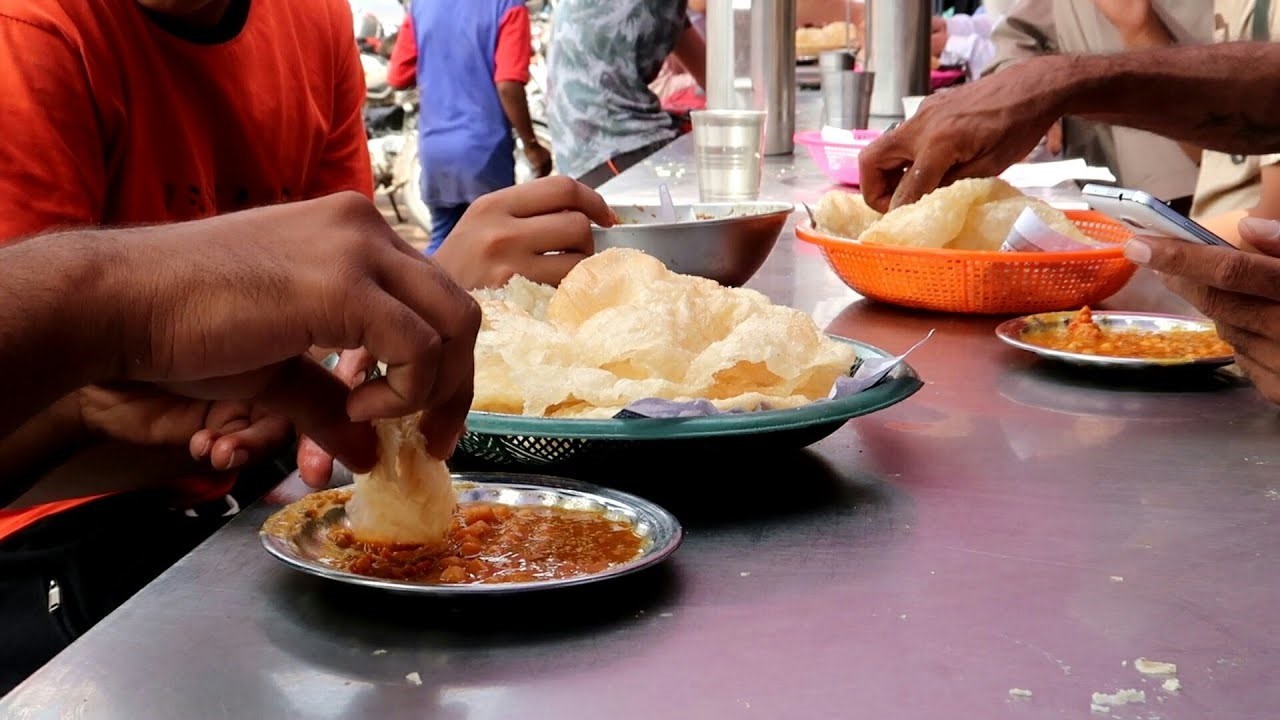 For many Pakistanis, Sunday doesn’t feel like a weekend if they don’t eat Halwa Puri for breakfast. A number of popular shops open their shutters early in the morning on weekends for Halwa Puri fans. The sweet halwa is made of suji ( Semolina) and is often eaten along with channas and potato bhaji. Crispy poori and sweet halwa together are a greta treat and one that you can indulge in sometimes given the high calorie value! 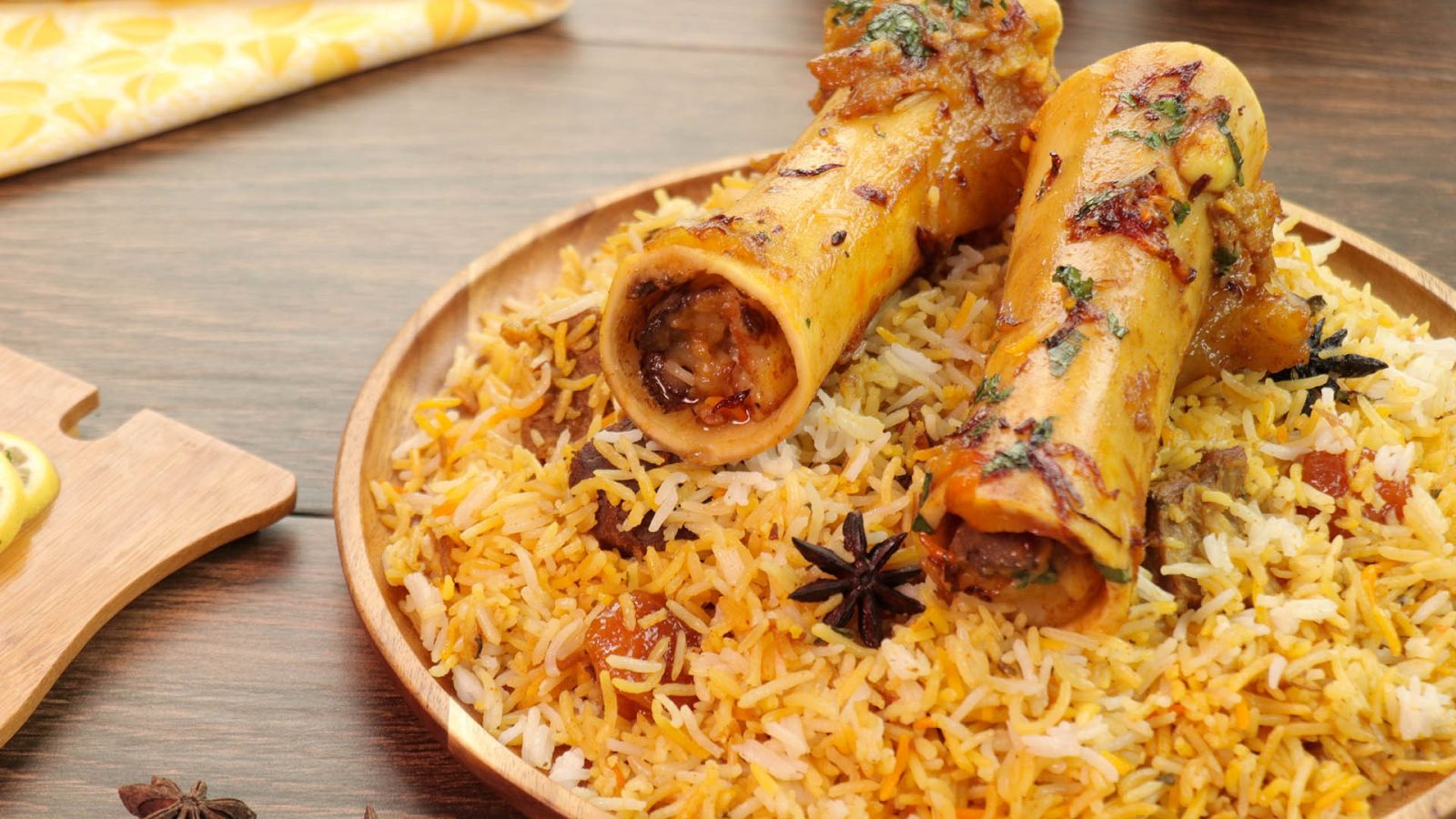 There is no doubt as to why Pakistanis love Biryani. It is not only one of the best street foods in the country, but is also frequently cooked in households. This dish is is usually served at weddings, birthday parties or even for a small meet up. No event is complete without it. There are also many varieties of this dish that you can try to instantly lift your mood like Tikka Biryani, Bihari Boti Biyani, Nalli Biryani and others. 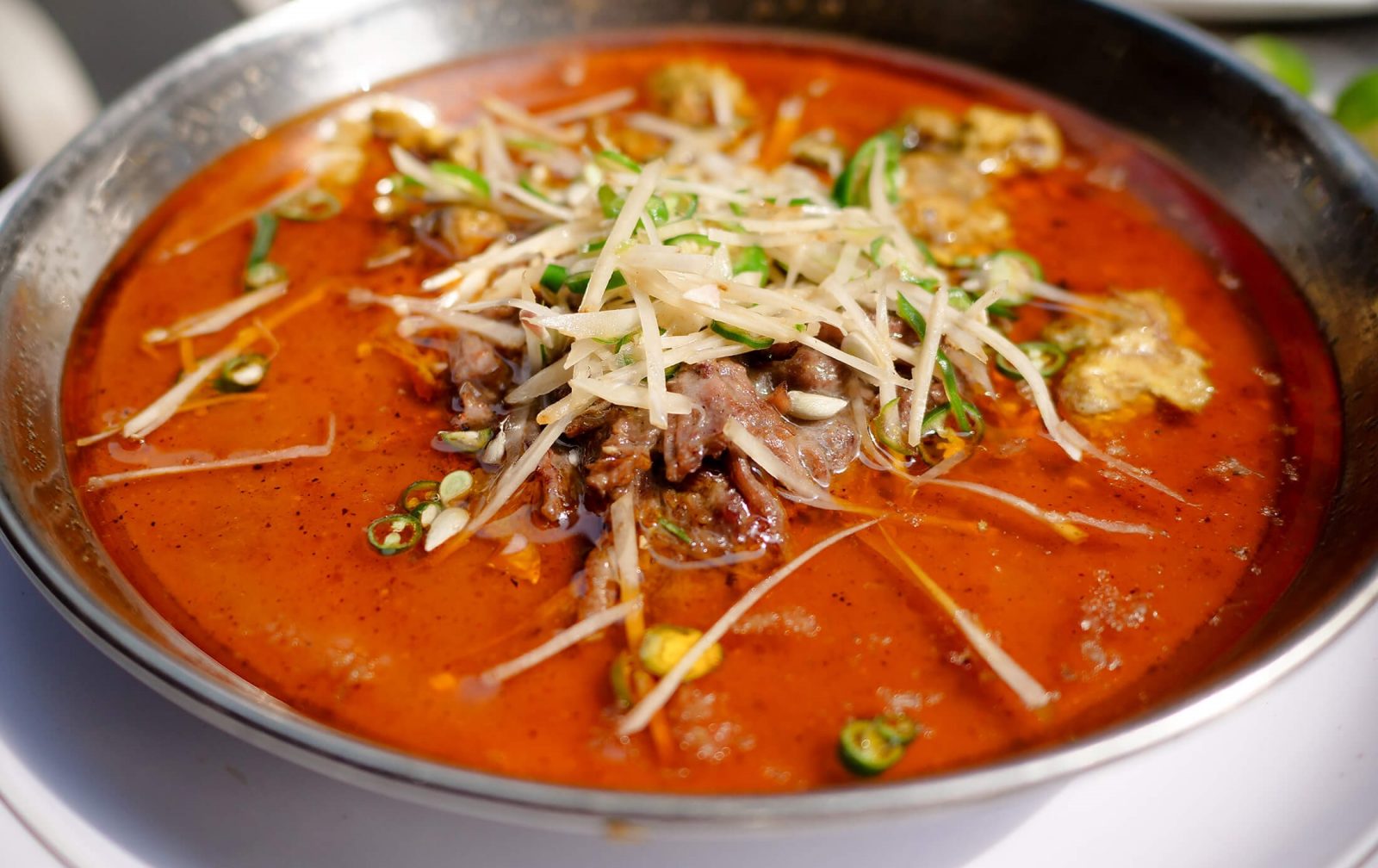 This meaty, buttery dish is filled with the magic of spices. Nihari is a slow cooked meal which is mostly served at breakfast. There are a few eateries that are famous for serving this dish including Zahid Nihari, Javeed Nihari and Food Centre. 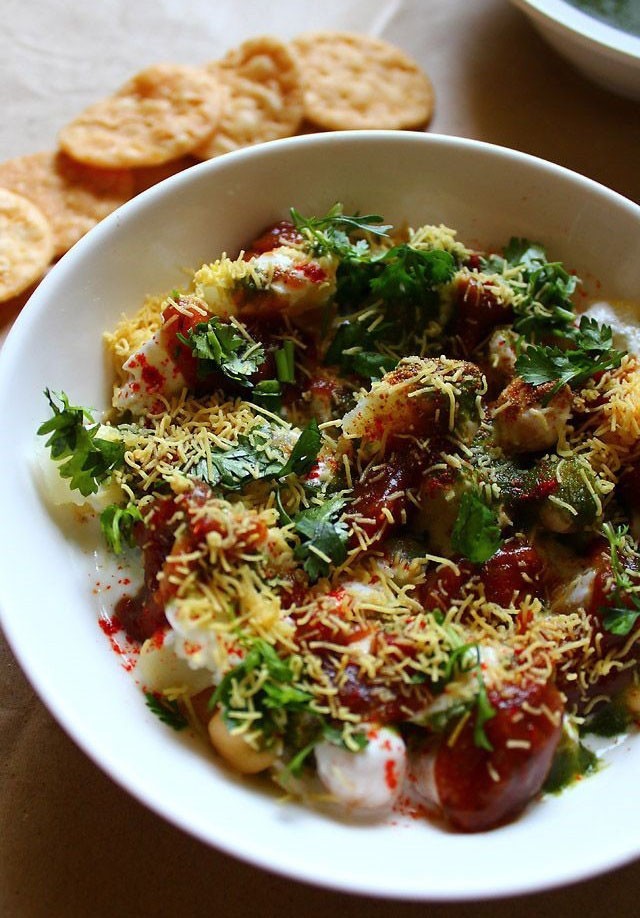 This sweet and sour snack is a combo of chickpea, potatoes, tomatoes  and a number of tangy and sweet sauces. Luckily, there is a wide variety of Aloo Chaat in our local street shops that are finger-licking good and you can enjoy the flavorful taste in every bite. 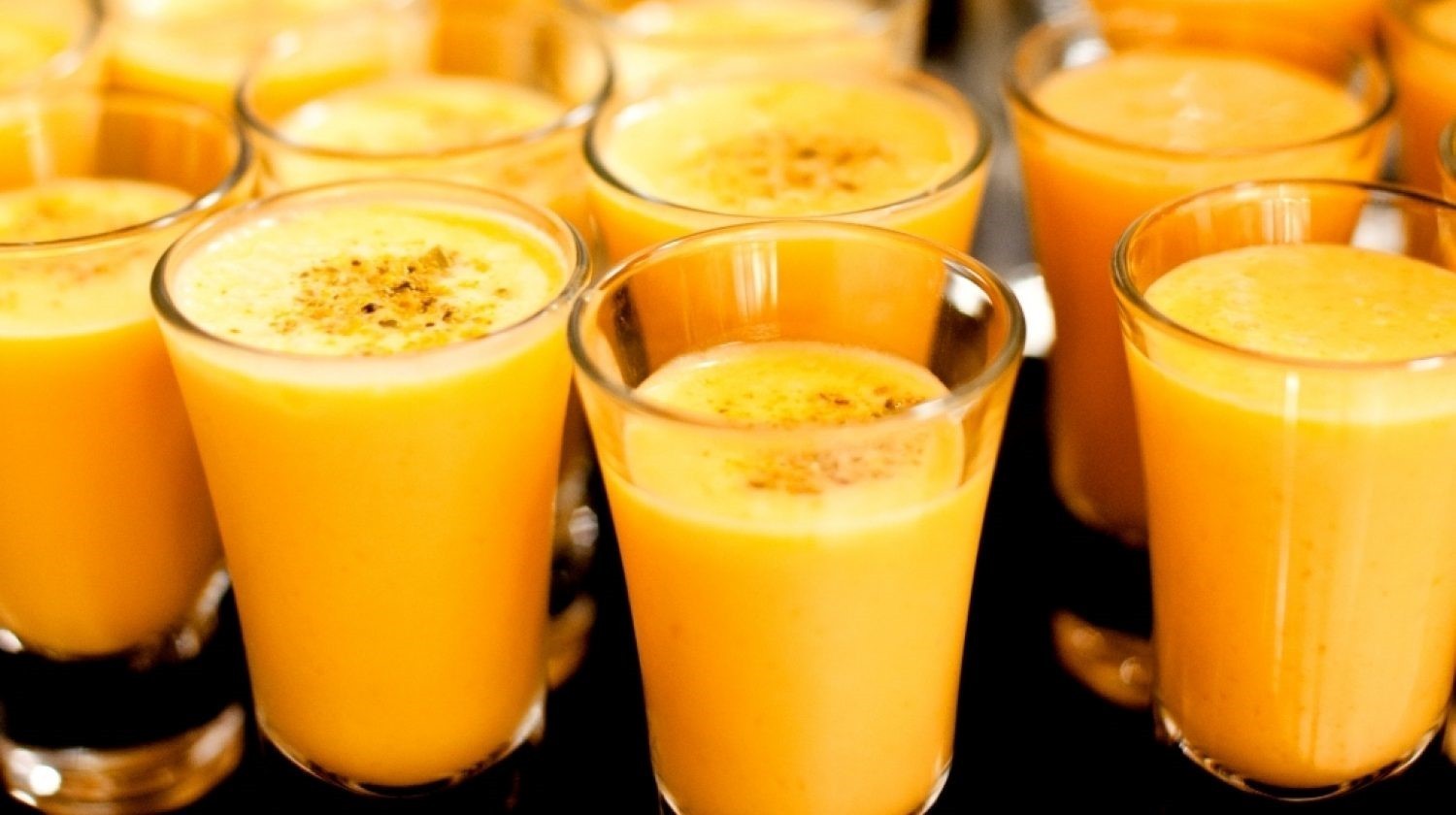 Lassi is a yogurt drink that is not only refreshing but is also really good for your gut health. It is a blend of plain yoghurt, water and sugar or salt. Many people sometimes love to blend it with seasonal fruits like Mangoes and strawberries. 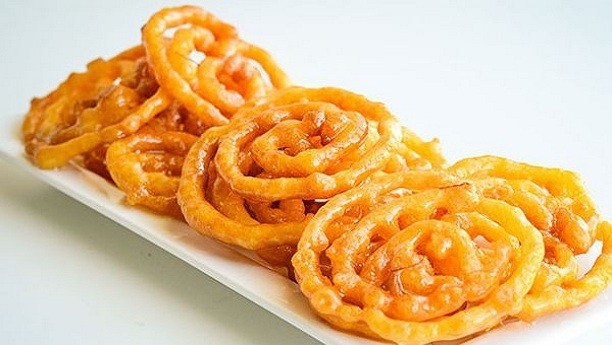 Jalebi is one of the most renowned sweet street snacks in Pakistan. Sometimes it is also served with milk and we must say, the combination is actually even tastier. It is popular to have jalebis soaked in milk in the Punjab region. It can be consumed with cold milk in summer and warm in winter.

Which one is your favorite street food? Let us know in the comments section below.

Emirates to resume scheduled flights from Karachi, Lahore and Islamabad