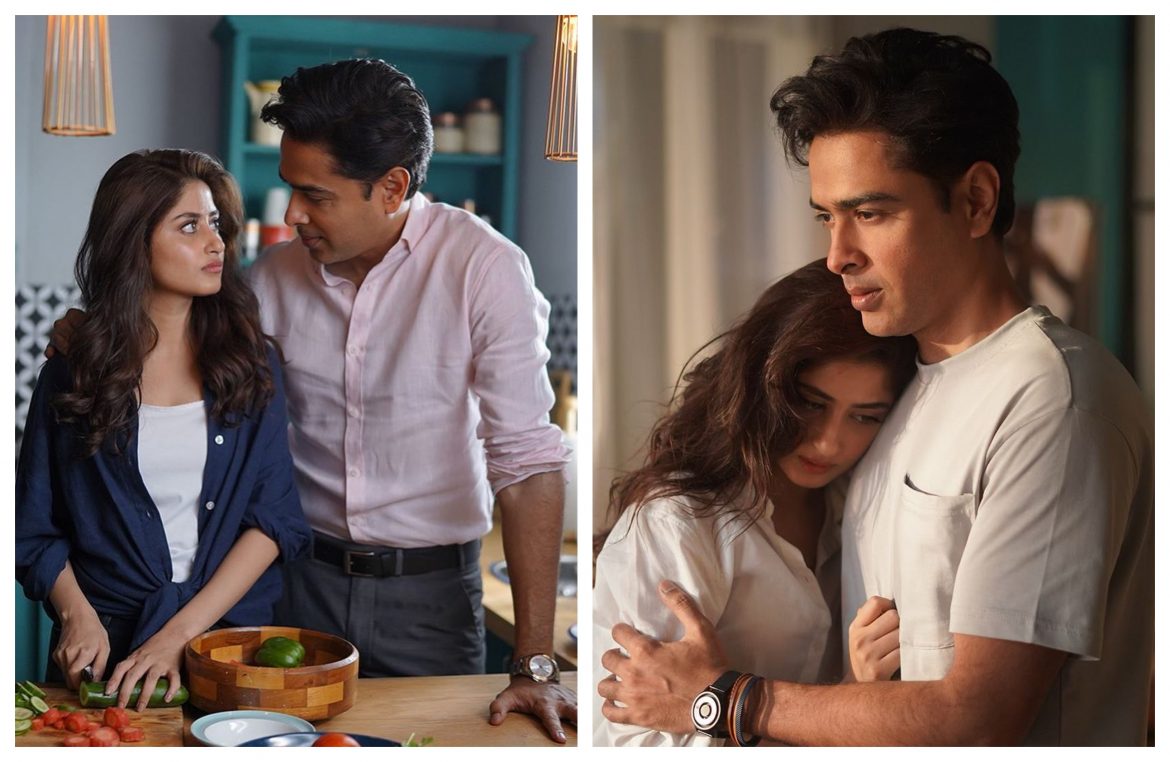 Shehzad Roy and Sajal Aly have just dropped images of their upcoming collaboration on the internet, and let’s just say we never saw that coming our way. The two present in one frame is a surprise for many people on the internet today!

Both Sajal and Shehzad haven’t revealed whether the images uploaded on Instagram were from an ad shoot, an upcoming drama serial, a short series, or a film. The caption just reads ‘#TumHoTo”. This has confused us, but we’ll learn the real story behind these teaser photos in time.

The two of them can be seen romancing in the three images, probably because they portray parts of a couple in the storyline. The photos highlight the intimate bond between the two in shots where they share intent gazes and longing glances.

The first photo features Sajal Aly and Shehzad Roy hugging, the second in the kitchen warming up to each other, and the third is an outdoor shot of their clasped hands and smiling faces filled with assurances. Our wild guess is that these images are from a campaign shoot the two of them are a part of.

Roy has been occupied with his philanthropic work and music, while Aly has been working for television. Her latest project Sinf-e-Aahan has been appreciated by the masses greatly.

The actress has also thanked Nadeem Baig for giving her the space and the environment where she, as an actor, lived through the character to the best of her abilities. She further said that he is the real hero of Sinf e Aahan for her.

Pakistani musician Shehzad Roy is the new brand ambassador for ‘Population, Family Planning’ in Pakistan. Roy, who is known for his philanthropic work, and his music, has now unlocked another achievement by becoming the brand ambassador for population and family planning. Roy is the best choice to devise strategies for population control in the Prime Minister’s Office with his vigorous services in the field of education.