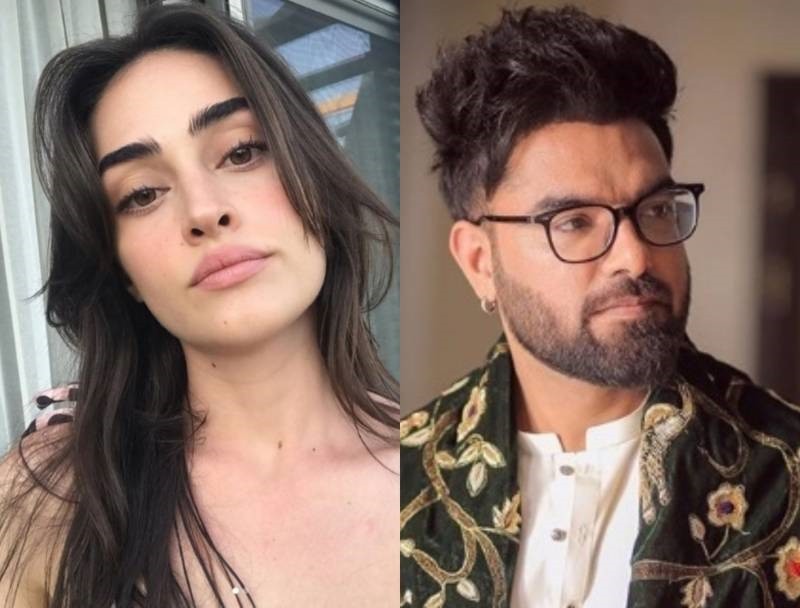 As soon as the Turkish series Dirilis Ertugrul was aired on PTV, people around the country went gaga over the storyline and many of the actors developed a huge fan following.

Moreover, the leading cast of the series, Esra Bilgic, known for essaying the role of Halima Sultan, and Engin Altan Düzyatan, Ertugrul, are winning the hearts of Pakistanis with their amazing chemistry in the series.

It was recently revealed that the gorgeous actress has become the brand ambassador for Pakistan’s very own Smartphone brand, QMobile.

The news was shared by the brand with the caption:

QMobile is proud to announce Esra Bilgic famous for playing Halime Sultan from Ertugrul as its ambassador for View Max Pro series making QMobile the first Pakistani brand to have any celebrity from Ertugrul phenomenon on board.

QMobile is proud to announce #EsraBilgic famous for playing Halime Sultan from #Ertugrul as its ambassador for View Max Pro series making QMobile the first Pakistani brand to have any celebrity from Ertugrul phenomenon on board. #QMobile #QSabKayLiye

However, as soon as the announcement was made, a number of celebrities including Yasir Hussain, Minal Khan and Aiman Khan said that local celebrities should be taken as the ambassadors of the Pakistani brands.

Yasir Hussain took to his Instagram stories and wrote:

He concluded by saying:

As soon as he posted his statement, twin sisters Minal Khan and Aiman Khan agreed with him in their respective Instagram stories.

However, a number of local celebrities disagreed with Yasir Hussain and said that international stars should be welcomed because nobody can take away the work one is meant to have.

Actors hamesha international hona Pasand karty hain…you feel great when you get an offer from another country… and when a foreign star gets signed by a Pakistani brand….some people start to act and write stuff as if they’d come here and steal our jobs and projects. 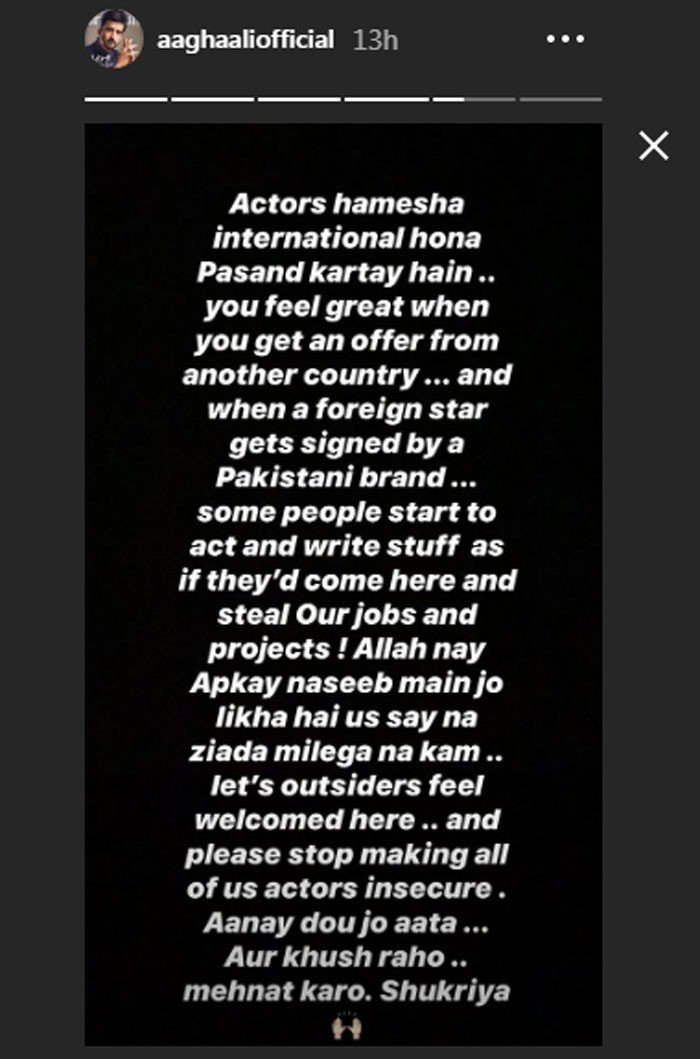 Allah any apkay naseeb main jo likha hai us say an ziada milega na kam (Whatever Allah has written in your fortune, you will get it). Let’s outsiders feel welcomed here. And please stop making all of us actors insecure. Aanay dou jo aata hai.. and khush raho, mehnat karo. Shukriya (Welcome whoever wants to come here, be happy and work hard. Thanks),

Hania Aamir To Release Her Own Music Video