Sunday, June 26 2022
Top Posts
4 Antioxidants That Your Skin Needs if you...
5 Ways to Prevent Ovarian Cysts in Women
3 Lassi Recipes to Beat the Heat in...
3 DIY Hotpot Recipes You Can Make at...
5 Tips to Keep Your Hair Sweat-Free During...
Fawad Khan to Make Debut in Ms Marvel...
“Women Can Accomplish Anything They Set Their Mind...
TikTok Releases First Album of Viral Hits
Mehwish Hayat Makes Her Debut as a Djinn...
‘Girls are No Less Than Boys’ Says Pakistani...
NewsSports 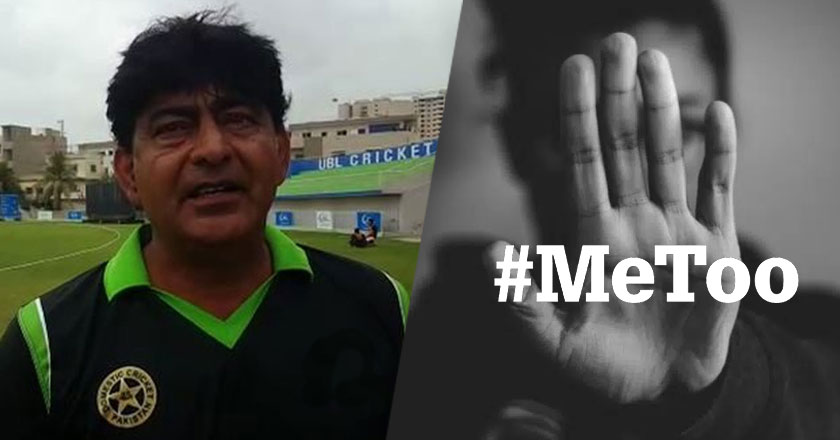 The Pakistan Cricket Board (PCB) has reportedly suspended former well-known fast-pace bowler Nadeem Iqbal over molestation allegations. Iqbal was working as a national-level coach. Iqbal was appointed as a coach for the Southern Punjab region by a previous PCB administration.

According to a PCB official, an inquiry was called and the case was investigated to find out if the coach had violated his terms of employment with the board and had been involved in the molestation of a female player.

“Obviously we can’t carry out any criminal investigation that is for the police to do but our inquiry will find out if he was in breach of his terms of the contract with us,” the official said.

As per the reports, the victim has filed a case against the coach in the police and claimed that she went for PCB women’s trials in Multan some years ago when Nadeem was one of the coaches. Moreover, she added that he got closer to her on purpose by promising her a spot on the team. She continued that the accused had taped her and blackmailed her.

“He got close to me with promises of selecting me for the women’s team and also getting me employment on the board. But over time he kept on sexually molesting me and also involved his friends. He also had me videotaped and later kept on blackmailing me,” she alleged in a video message.

Now 50, Iqbal had played 80 first-class matches back in the day with big names like Waqat Younis. Iqbal retired in 2004 and finished his career with 258 wickets in 80 First-Class appearances whereas collecting 65 wickets in 49 List-A matches.
Whereas, earlier in 2014, 5 female cricketers had also come forth accusing officials of the private Multan Cricket Club of alleged sexual assault.
Last year, popular Pakistani cricketer Yasir Shah was also in hot waters after a young girl named him for aiding a friend in a sexual assault against the said victim and for threatening her. The complainant had dropped the case against Shah a few days later but the case against his friend is still in court.
The investigation against Nadeem Iqbal is currently ongoing.
*This is an updating story.