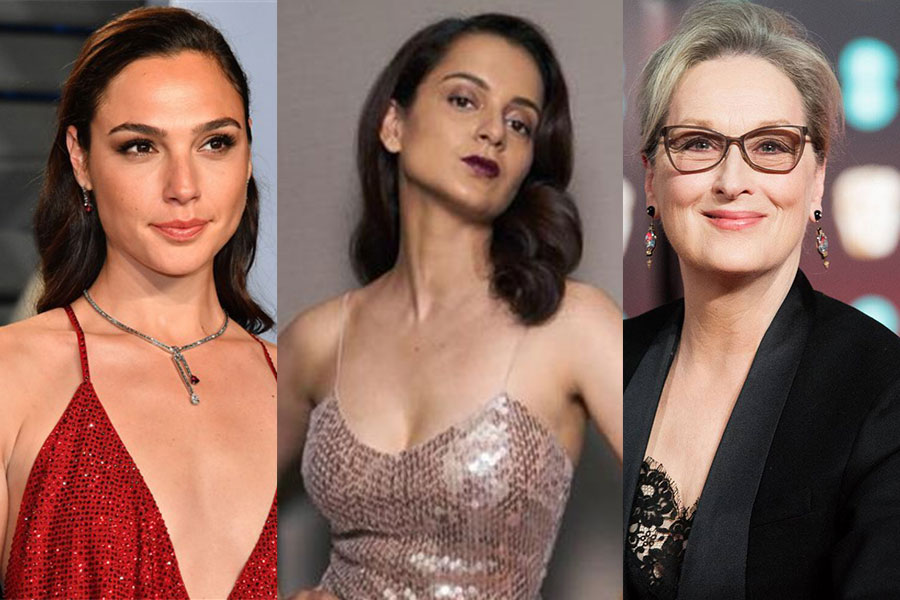 We all remember Kangana Ranaut for calling out Bollywood on nepotism and biases. The actress bloomed with her first mega-hit film, Queen, applauded by many in the industry and outside. It was finally the time that people recognized her craft and admired her for it. We thought that we would only see Kangana in the good books of people worldwide from there onwards. However, fate had different plans for the actress.

Fast forward 2021, Kangana Ranaut is now in the headlines for her controversial tweets on the micro-blogging website. One tweet that is making rounds on social media is her comparing her craft to an even bigger actress, Meryl Streep, and also Gal Gadot.

The Queen actress wrote in a tweet, “Massive transformation alert, The kind of range I display as a performer no other actress on this globe has that right now, I have raw talent like Meryl Streep for layered character depictions, but I can also do skilled action and glamour like Gal Gadot.”

I am open for debate if anyone can show me more range and brilliance of craft than me by any other actress on this planet I promise to give up my arrogance, until then I can surely afford the luxury of pride #Thalaivi #Dhaakad pic.twitter.com/0RXB1FcM43

She then added, “I am open for debate. If anyone can show me more range and brilliance of craft than me by any other actress on this planet, I promise to give up my arrogance until then I can surely afford the luxury of pride.”

We can’t put the two in the same box either.

Kangana and Meryl Streep in one breath? BLASPHEMY. Kangana is nowhere close to Meryl and can never be. Why is Kangana so pompous? https://t.co/IFiVLhT7AP

Wokes be crusading about self love but if one practices it they'll be the first to attack. Hypocrisy much? 🤔#Dhaakad and #Thalaivi … can't wait 🙌💗

The really great thing about you is your humility. You never, never everspeak about yourself.

There is a thin line between being confidence and self obsessed 🤣🤣🤣 pic.twitter.com/d7ZIL6BFoK

somebody check on this woman istg her delusionalness is getting out of hands pic.twitter.com/KH4wN82N2z

People are apologizing for her behavior on behalf of India.

gal gadot and meryl streep, so sorry from india for this clownery 🙏

Well, that would be something, wouldn’t it?

If Meryl Street ever find out about you, she'll sue you for defamation.

why does she compare herself to foreign actors? does bharat not have great actors? 🤡