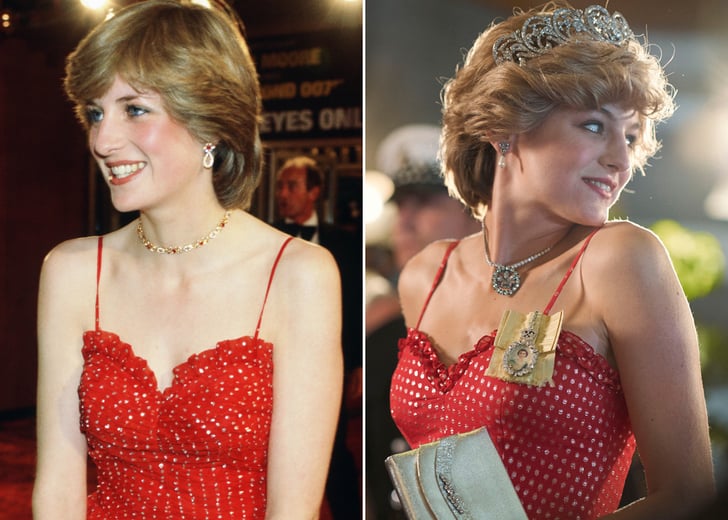 The Neflix’s award winning drama ‘The Crown’ is finally out with its season 4. The drama is based on the royal history of Queen Elizabeth II played by Olivia Colman from her crowing to date.

The show is wonderfully written, along with extravagant production and acting skills.

The show’s season 4 came out on Sunday and that everything about Lady Diana Spencer’s life and her reign from 1970s to 1980s. It portrays the rise and fall of Margaret Thatcher Gillian Anderson who was the longest serving British prime minister.

Actress Emma Corrin has done justice to the character and it’s safe say that no one else could have played the role better.

In this royal historical drama you’d find fiction replaced with the realities of the royal lives.

This season’s all about Prince’s Diana whose marriage with Prince Charles was considered as a fairytale by the British tabloids. A perfect royal couple including a prince charming and a beautiful princess worthy of him. All until rumors were spread about their marital life problems which eventually led to their divorce.

As you watch the series, you’ll figure out that the Queen is not as influential as compared to the rest of the seasons in terms of royal events and as the story unfolds when Charles gets married.

Diana reflects truth and reality when other members of the royal family feel aloof by the new Princess of Wales.

The season 4 revolves around 3 women and the conflict is not between Queen Elizabeth Olivia Colman and the shy, young teenager who’s struggling to fit in the famous royal family but in fact between the Queen and Margaret Thatcher,  played by the very talented Gillian Anderson.  Even though she doesn’t sound like Thatcher, her exceptional mannerisms as the Conservative Party politician are truly remarkable. Thatcher’s performance is the impression of ‘Iron Lady’ and is the most captivating for all the viewers who know their history.

Season 4 highlights one of the most watched weddings in the previous century, the wedding of Prince Charles and Princess Diana, their visit to Australia and a lot more.

From lavish costumes, to brilliant cinematography, there’s no doubt about the fact that a lot has been spent on the show as you can see on the screens but what matters the most is the amazing performances by each and every actor.

On the other hand, truly outstanding performance from Josh O’Connor as Prince Charles alongside Emma Corrin stole the show. The role of a problematic yet troubled prince, stuck in a marriage that is falling apart. The permanent frown, the doubtful attitude and the loyalty to his wife who was considered as the love of his life but never actually was one.

And then we have Emma who has the most challenging task of portraying the most loved wife of the century. Corrin’s thoughtfulness, her magical smile and the warmth she felt for the common people and the simplicity in her heart is what made her the most inspirational royal in no time.

Diana’s life was twisted, she was still struggling to explore the royal challenges that were taking their toll on her life and mental health. People developed endless affection for her in their hearts and the viewers kept wanting more.

Not to forget, there’s no doubt that Olivia Colman is pitch perfect as Queen Elizabeth who remains dignified, distant and poised all at the same time.

“Heavy is the head that wears the crown, but woe be to those that are in closest proximity to it.”

The Crown Season 4 is a royal watch and you don’t want to miss out.