Ever Heard of Blue Java Banana? 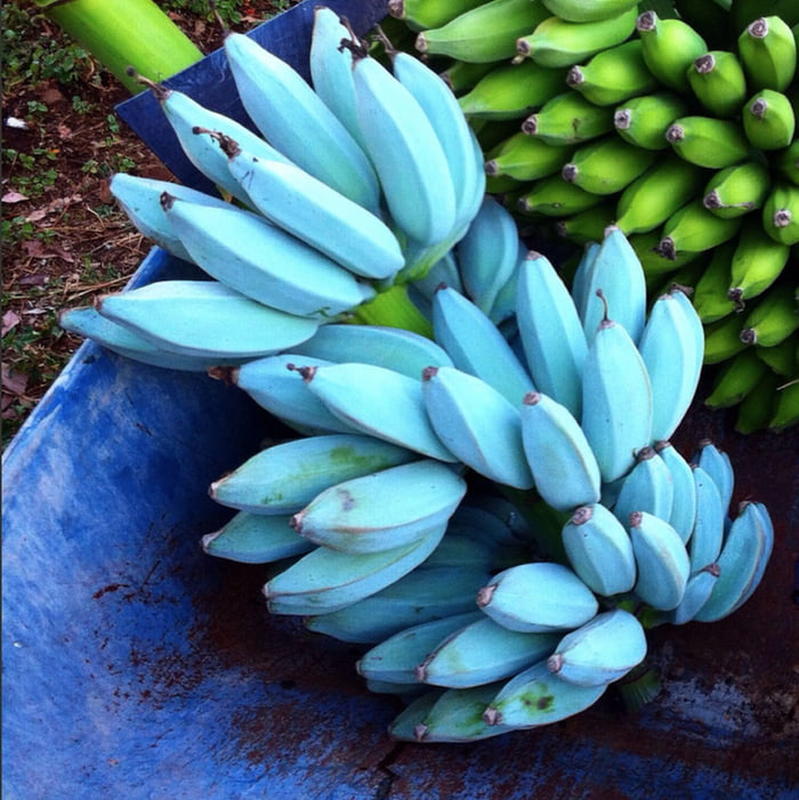 All our lives, we have devoured bananas in our trifles, in the form of banana bread, on top of the custard, in our fruit charts, and so many other variations. These bananas mostly ranged from yellow (raw form) to a darker yellow with dull brown, dark spots, which indicates it has ripened, were always part of an elaborate fruit basket placed on dining tables from the very beginning of our childhood.

So naturally, when we ask you if you have heard of a blue java banana, you would think it’s fake and no such fruit exists. However, in the latest developments, such a banana exists with a unique blue hue accompanied by a creamy texture. Such a banana is known as the Blue Java banana. It is a hybrid of the seeded bananas – Musa balbisiana and Musa acuminata.

The former Global Chief Creative Officer at Ogilvy, Tham Khai Meng, recently took it to the micro-blogging site to share his first-hand experience. According to him, the blue banana tastes like Vanilla ice cream.

“How come nobody ever told me to plant Blue Java Bananas? Incredible they taste just like ice cream”.

Where Can You Try This Exotic Fruit?

Blue bananas are also known as “Hawaiian Banana,” “Ice Cream Banana,” “Krie,” “Cenizo” in different parts of the world. These are originally from Southeast Asia and can be found on Hawaiian islands. These delicious treats are also grown in the southern US.

They require 40 degrees Fahrenheit for growth; however, they can tolerate cold weather and grow just fine in temperatures below freezing point.

Other than the above-mentioned areas, these banana plants can survive in USDA plant hardiness zones, making Florida, Texas, South Carolina, Louisiana, and Calfornia prime locations for this particular plant.

How Can You Identify Them?

Of course, with their unique blue color. Apart from that, Blue Java bananas can grow to a height of 15 to 20 ft. The fruit branches are relatively small, which means less fruit grows on them, on average, 7 to 9 bananas.