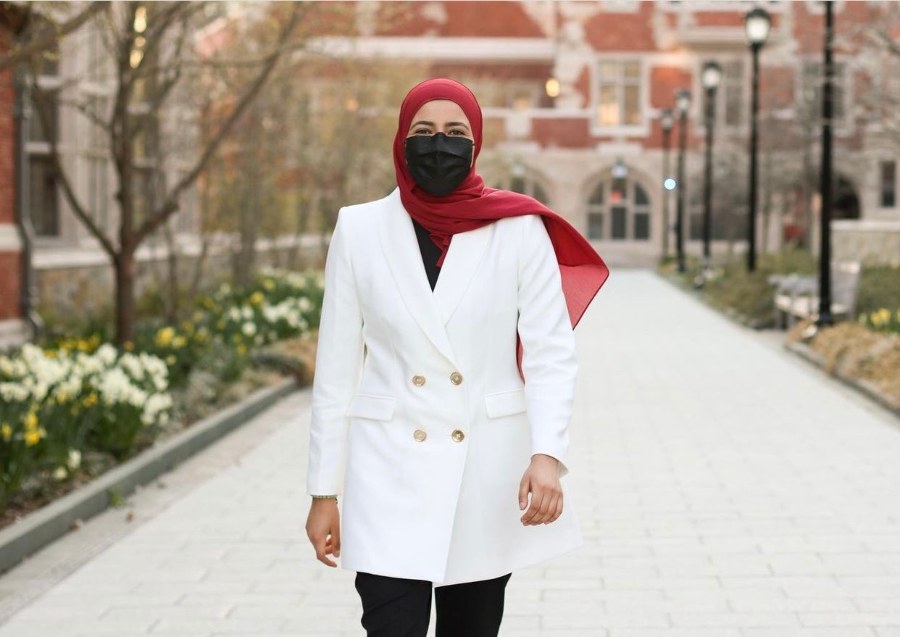 Yale University’s student body has elected its first-ever Muslim president. It is one of the oldest Ivy League institution in New Haven, a city in the south of Connecticut on the shore of the Long Island Sound.

According to Connecticut-based news station WFSB, Bayan Galal secured 56 per cent of the student body vote for Yale College Council President. This made her the first Muslim in the university’s 320-year history to assume the student government presidency.

She added, “So, I felt that especially in the wake of the pandemic, this was an incredibly important time to step up, to run for this role and see what I can do for the Yale student body. What results I could deliver and how I could better the school in my time here.”

“I think it’s a really exciting and pivotal moment for Muslims right now,” Bayan Galal said. “Especially on Yale’s campus. Without a doubt, Yale is a place that wasn’t originally made for Muslims and other underrepresented and marginalized communities. I think having a student body president that comes from one of those backgrounds is incredibly important because it means that we’re moving in the right direction, we’re moving in a direction where not only do we have Muslim students and other underrepresented minorities on campus, but they’re in positions and roles where they can advocate for others and thrive in a really exciting way.”

She explained her vision of the institute, and based on that, she has put a lot of thought into her newly formed policies. She said, “I think ultimately, the vision is to have individual and collective well-being at Yale,” she said. “I think while Yale is an incredible place, there is a lot of difficulties that students still face here, and my vision for Yale is that we address all of the different needs of students at once.”

Galal comes from a family of trailblazers. She is not alone in terms of breaking barriers. Her sister, Ayah Galal, became the first reporter in Connecticut to wear a hijab on TV in the state of Connecticut.

5 Ways You Can Become a Financially Independent Woman