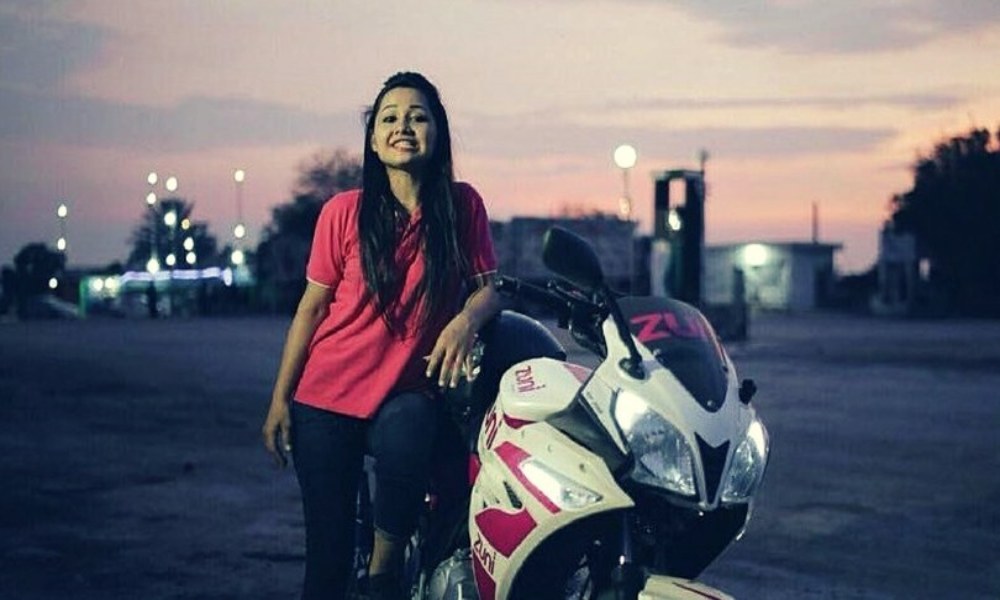 Karachi stunt biker Marina Syed has successfully busted stereotypes concerning women on a bike. We are frequently witnessing women progressing rapidly in today’s world, and Pakistan is no stranger to the transition.

Dominated by a patriarchal society, we have witnessed women always being marginalized in this region. While ordinary Pakistani women are still fighting for their place on the road in their cars, Marina Syed is already a step ahead.  Her biking career took off to a rough start. Marina told a local news outlet that her family opposed her choices and sold the first bike she bought in 2017.

While this did make her unhappy, she didn’t let her family’s opposition bring her down. Instead, she saved money again and bought the same bike for Rs30,000. Syed now runs an academy called ‘Rowdy Riders’, where she teaches women how to ride a bike. She said in an interview, “I have experienced so many physical injuries because no one taught me how to do it.” 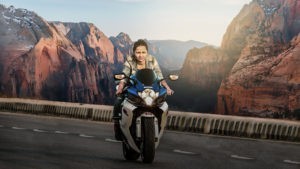 There are fewer women who challenge this norm and drive a motorbike, let alone a heavy bike. Marina said, “I initiated ‘Rowdy Riders’ with three other friends of mine. The reason behind it was I never learned to ride a bike from a professional institute because there was no academy to teach girls how to ride a bike. This was my idea. I initiated with my friends, but they left me later, so I asked my brother to assist me during classes, and he agreed. A firm-sponsored my idea and helped me in building the academy. Now I teach girls every week, and I also give lessons to working women on weekends.”

Marina Syed is All Set for her Film Debut

Marina was offered a film called Sheenogai, written and directed by Abu Aleeha. The film’s title is a Pashto word, which means ‘girl with green eyes.’ Syed said, “She told me that I just had to ride a motorcycle in the film.” While the role was exciting, Marina had no acting experience. “I didn’t know what to do, but when I read the script, I realized that if I had to do it, I would have to understand the character,” she revealed.

Sheenogai is produced by Abida Ahmed under the banner of Zammy’s Productions in affiliation with Metro Life Movies. The project has been inspired by a debate on social media after the Motorway rape case, says Aleeha. Her motive is to support women’s empowerment and a message that women can ride a bike too.