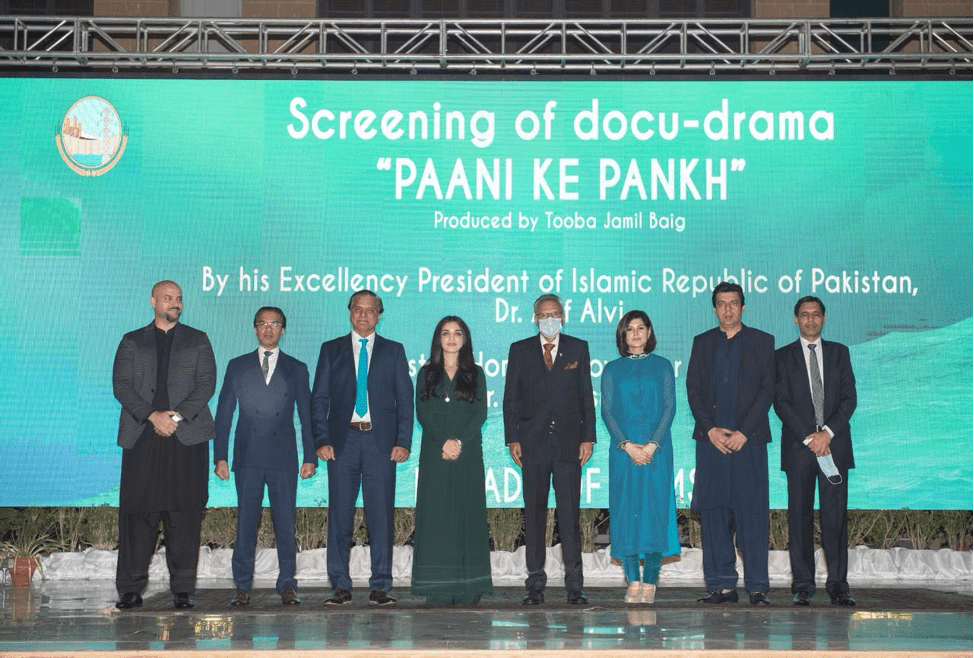 President Dr Arif Alvi on Saturday said that Pakistan was at a tipping point, progressing and all indicators were positive. He stated this while addressing a ceremony on ‘Screening of Docudrama -2021 Paani Ke Pankh’, which is about Mohmand Dam and it was dubbed by its producer Tooba Baig as ‘(From) War to Water’, at Sindh Governor House here. President Arif Alvi said that water should be used in accordance with needs in-country and construction of dams was need of the hour. He said that docudrama presented two facets one was that how the country fought a war on terrorism and restored peace and second was the importance of water. 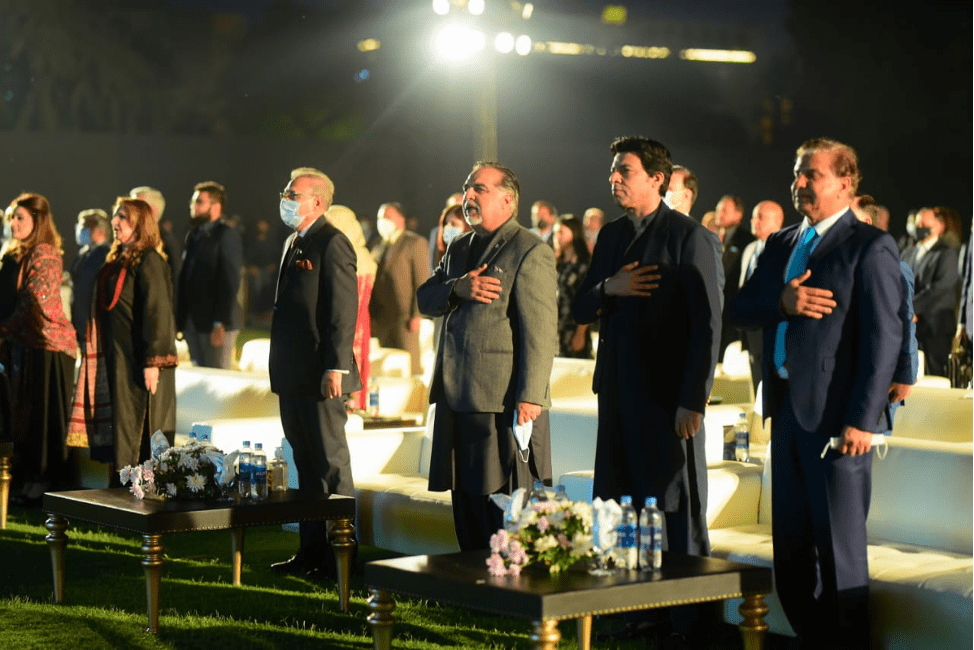 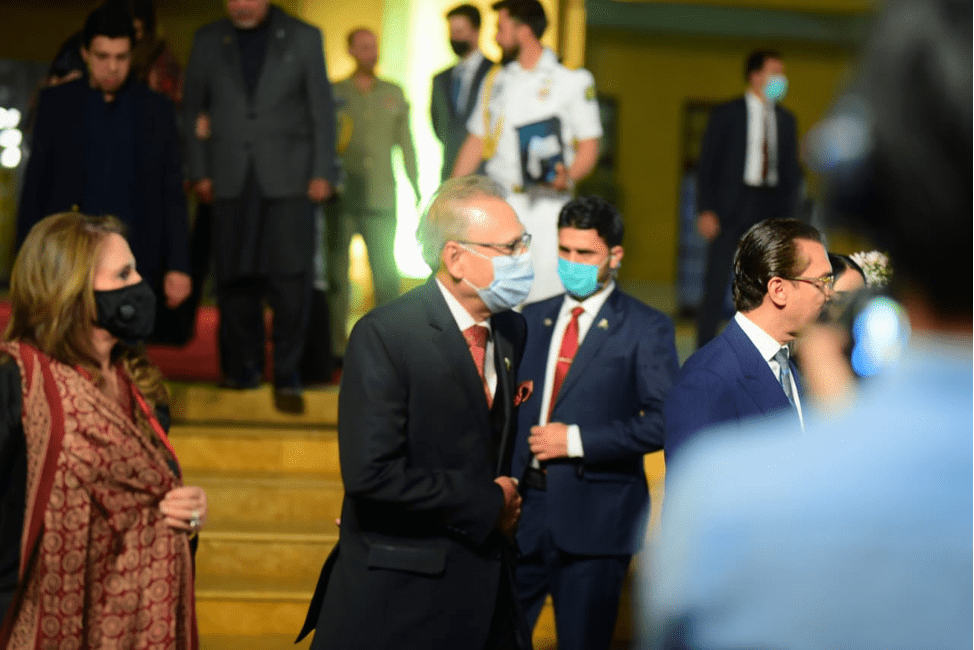 The very young and aspiring Producer of JB Films and Paani Ke Pankh, Ms Tooba Jamil Baig expressed her interests in Pakistan’s culture and its rapid movement towards development that led her to initiate the project and finally execute and produce it. As she quoted “Inshallah my team at JB Films and I will continue to work on such national projects with the aim of taking Pakistan to the global stage,” she implied the importance to showcase true stories from Pakistan to the world. 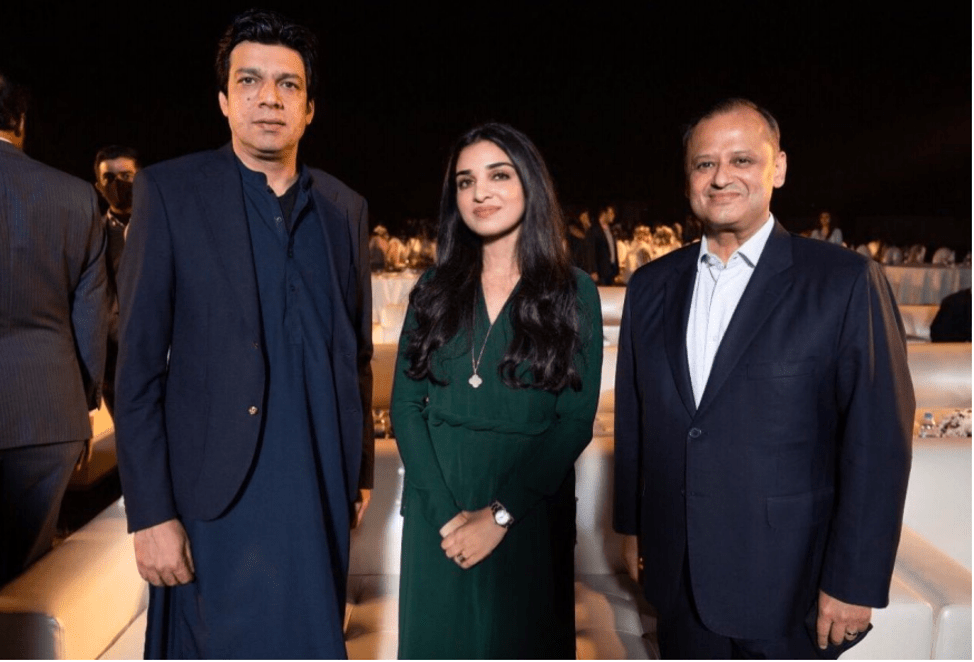 “Paani Ke Paankh” is a national docu-drama showcasing the revival and importance of hydropower development in Pakistan. It sheds light upon the national journey from “War to Water”, and suggests the dire need to shift pragmatically towards clean and green energy. It draws attention towards the construction of mega-dams, that has kickstarted after a gap of five long decades. Paani Ke Pankh was officially launched by Prime Minister Imran Khan at the PM House Islamabad on Thursday 28th January 2021. The docudrama is a landmark achievement in terms of content, quality and international production values.

Produced by JB Films, the leading film production company of Pakistan helmed by Mirza Jamil Baig, the Chairperson of the company and Tooba Baig, the visionary Producer of the docu-drama ‘Paani Ke Paankh”.  As of now, JB Films has 4 feature films in various stages of Production aiming to release within the year.

Chairman WAPDA, Lieutenant General Muzammil Hussain (Retd) briefed the struggle from war to water and emphasized water security that can Pakistan to the next level. He further added that currently, the project stands at the 26 billion dollars investment, Mohmand Damn being the pilot project. For a war drawn area, it was impossible to initiate the project without the constant support of KP people and our security forces; he added while talking about the long struggle. 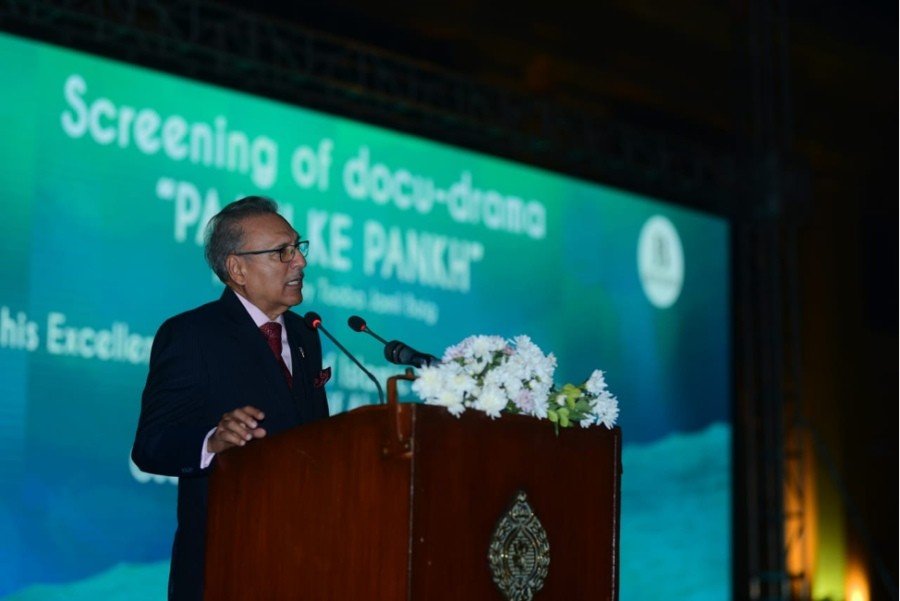 The Honourable Governor of Sindh, Mr Imran Ismail as Guest of Honour thanked the team for conveying the real message to the audience. He expressed his concerns that how previously water projects were not our priority. He further added that water projects are the highest need of the time, not just the new projects but also the projects that can increase the capacity of old dams.

Journalist Zunaira Azhar, being the mastermind behind the research and concept of Paani K Pankh, expressed her attachment towards the for-granted beauty of Pakistan and it forced her to come close to the people of Mohmand. “For a war drawn country to make this kind of development in terms of Mohmand Dam is the story of KP people and how they defeated terrorists”, she added. 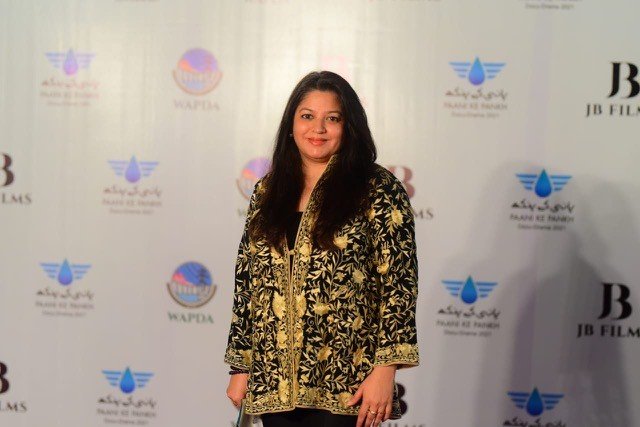 From multiple ribbon-cutting ceremonies in the past, 36 crores daily loss, the actual project initiated by PM Pakistan Imran Khan without any ribbon-cutting ceremony, said Federal Minister for Water Resources, Faisal Vawda while explaining the progress of Mohmand Dam from book to reality. He also appreciated Tooba Baig for focusing on such topics and further hoped to see more projects like these.